Man arrested after detectives seize more than $62,000 worth of drugs from his home 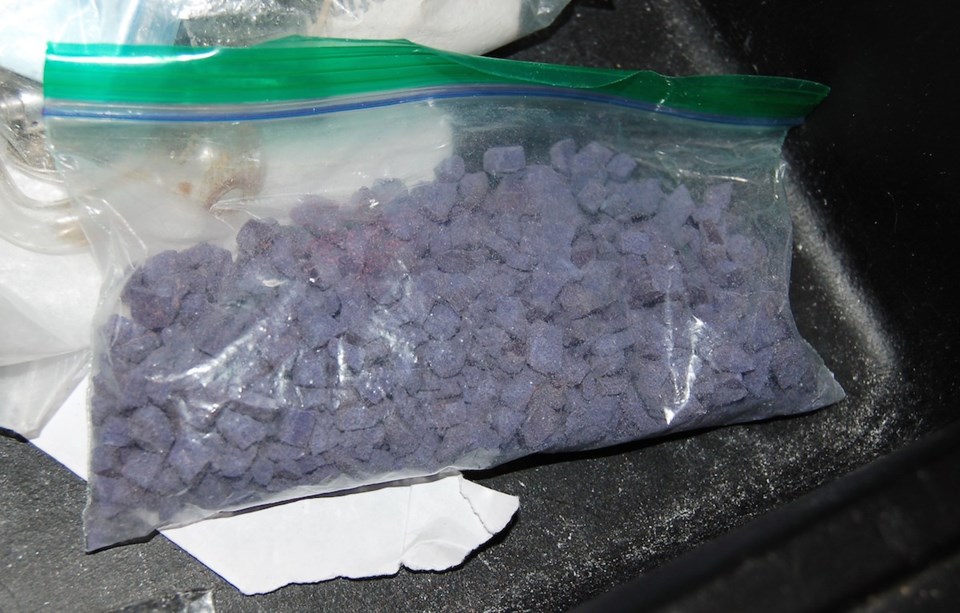 Over the past few months, the Greater Sudbury Police Service Drug Enforcement Unit (D.E.U.) conducted an investigation into a Greater Sudbury resident who was believed to be trafficking deadly “purple heroin”.

The Greater Sudbury Police Service Drug Enforcement Unit (D.E.U.)  conducted an investigation over the past few months into a Greater Sudbury resident who was believed to be trafficking deadly “purple heroin” (a fentanyl and heroin mixture) in a residential area full of children.

Simple exposure to a small amount of “purple heroin” could be lethal.

Around 6:30 p.m. on Wednesday, Nov. 6, members of the D.E.U. assisted by members of our Tactical Unit located the man driving his vehicle and initiated a traffic stop, placing the man under arrest and taking him into police custody.

Detectives from the D.E.U. completed Controlled Drugs and Substances Act (C.D.S.A.) search warrants of the man’s residence on Atlee Avenue and his vehicle, resulting in the 33-year-old man being charged with the following:

He was held in police custody and attended bail court on Thursday, Nov. 7 to answer to the charges.

During the search warrant, detectives seized:

The amount of "purple heroin" seized represents over 1,200 street level doses that could have reached the community. The quantity and street value of the seized substances are significant.

The Drug Enforcement Unit of the Integrated Crime Team will continue to focus its efforts on major crime operations that pose a direct and elevated threat to the safety, security and wellness of our community," said the GSPS in a news release.

"The Integrated Crime Team aims to identify and disrupt organized crime in Greater Sudbury through innovative technology, collaborative partnerships and traditional police work resulting in the arrests of those involved, holding them accountable for their criminal activities and the seizure of illegal drugs, prohibited firearms and proceeds of crime."