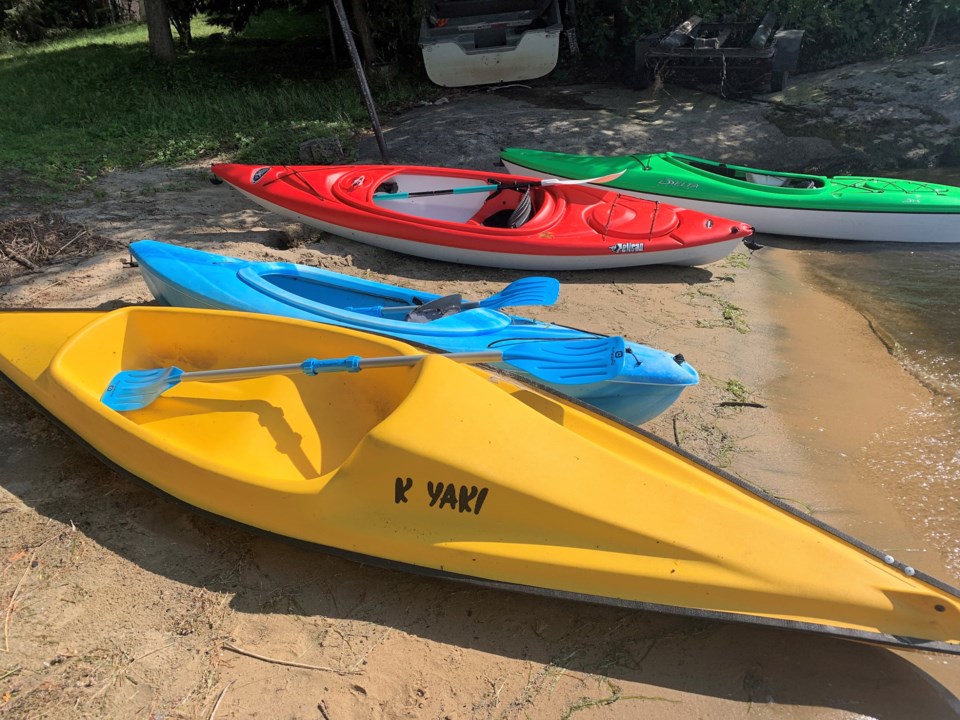 After a getaway attempt in a kayak on Georgian Bay, a 30-year-old Cornwall man has been charged with multiple offences, including uttering threats and break and enter.

The Southern Georgian Bay detachment of the OPP say they were called out to a home near Ishpiming Beach (that's near the Penetanguishene-Midland area in central Ontario) at 2:29 p.m. Aug. 2.

The caller had come upon a man who was trespassing, and was threatened with a sharp-edged weapon.

The OPP — which dispatched its marine unit among other officers — located the man off shore in front of the caller's residence in a kayak as he fled from the scene.

“With considerable hardship but without incident, officers were able to take control and arrest the male while on the waters of Nottawasaga Bay,” said a press release.

He was held in custody for a bail hearing before the Ontario Court of Justice in Barrie.

After the man was arrested, officers were called out Aug. 3 to a report of a break and enter and theft at a summer residence at Cedar Point Road and Concession 20 West in Tiny Township.

The cottage owner said the suspect or suspects had entered the building between Aug. 1 and 2.

OPP officers were able to view surveillance footage, and the same 30-year-old man was also charged in this incident.

He is facing additional charges of:

The accused remains in custody awaiting a bail hearing before the Ontario Court of Justice in Barrie on Aug. 9.

You can submit your information online at www.p3tips.com or if you have any information on this crime or any other crime. Crime Stoppers does not subscribe to call display and you will remain anonymous.

Being anonymous, you will not testify in court and your information may lead to a cash reward of up to $2,000.

Sault paramedics pull back from patients over coronavirus fears
0