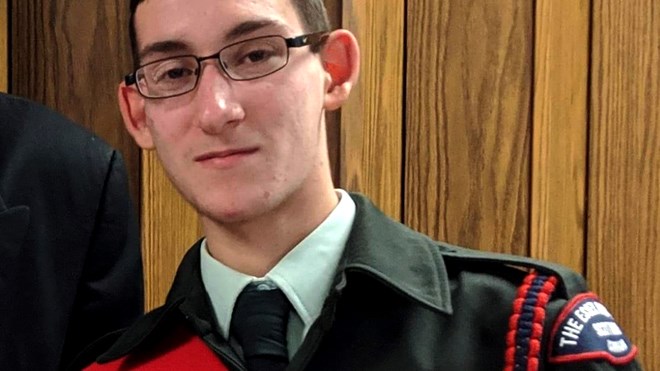 The 18-year-old who reportedly drowned in Meldrum Bay, off Manitoulin Island, on July 22 has been identified as Kyle Benedict of Chatham. (Image: GoFundMe.com/In-Memory-of-Kyle-Benedict)

The teen who drowned in Meldrum Bay off Manitoulin Island on July 22 has been identified as an 18-year-old man from Chatham.

At around 1:26 p.m., Manitoulin OPP and Sudbury-Manitoulin EMS were called out to a report of a possible drowning. The young man was pronounced dead at the scene.

He has since been identified as Kyle Benedict, 18, of Chatham. His death is currently under investigation by the Office of the Chief Coroner and Forensic Pathology Service (OCC-FPS).

A GoFundMe campaign has been started to help his family cover funeral and travel costs. In the description, Erin June, who started the campaign, describes Benedict as "a gentle soul" who was "inclusive, fun, adventurous, caring and a pillar of strength."

"Kyle Benedict was the loving son of his mother, Samantha Davis. He was his dad William Benedict's shadow. His little sister Aurora was his best friend from day one," Erin June wrote.

Benedict recently completed Grade 12 at John McGregor Secondary School in Chatham, who was planning on returning to high school for a victory lap in the fall.

A hockey player when he was young, Benedict became an avid cadet with the 59th Highlander Army Cadet Corps, rising to the rank of master warrant officer.

"He was a leader. A friend to all," Erin June wrote. "A sudden tragedy has taken a vibrant 18-year-old man from this world, his family and his many friends."

The campaign is more than halfway to its $5,000 goal as of the publication of this story.