The ongoing investigation is being managed by the coroner's office
0
Aug 18, 2019 1:09 PM By: Sudbury.com Staff 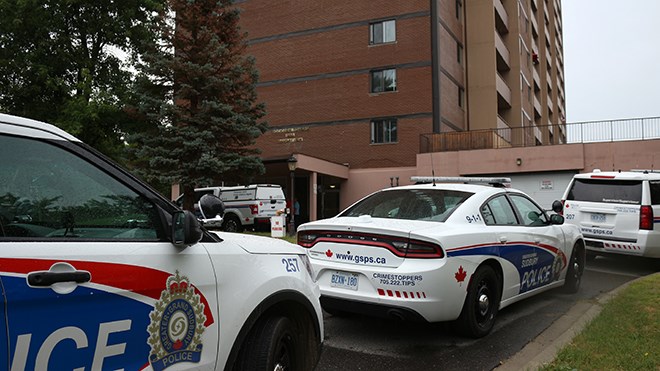 Greater Sudbury Police have confirmed that the victim of yesterday's incident at Rockview Towers was, in fact, an elderly female resident of the apartment complex.

Police have ruled out foul play, but will not be releasing any more details regarding the accident until the investigation is complete.

The investigation is now in the hands of the coroner's office.

Members of the community gathered in the building's front entrance yesterday to express their condolences to one another and make sense of the event.

They shared that although the building is not restricted to individuals 55 years of age and older, this is the population it tends to attract.

Residents have formed a tight-knit community, said one resident, which is often what motivates people to join the building.