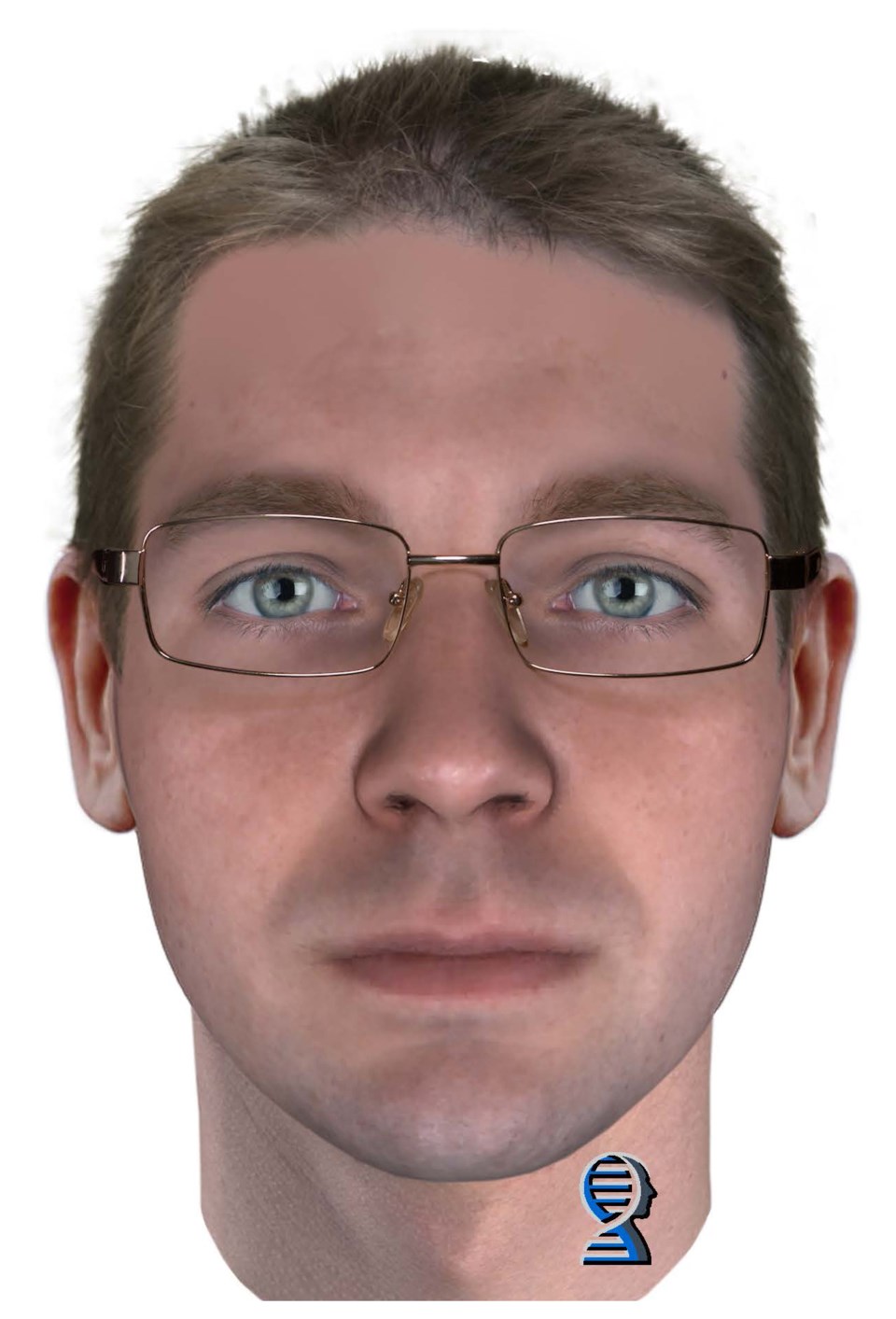 Greater Sudbury Police have received more than 150 new tips in the 1998 unsolved murder of Laurentian University student Reneé Sweeney since they released a new composite image of the killer on Monday. Supplied image.

Greater Sudbury Police have received more than 150 new tips in the 1998 unsolved murder of Laurentian University student Reneé Sweeney since they released a new composite image of the killer on Monday.

“We have generated new leads after the media release on Monday,” said Greater Sudbury Police Det. Sgt. Robert Weston, who's been assigned the case for the past four years.

“It's allowed us to direct the available resources more effectively.”

On Jan. 27, 1998, Sweeney, a 23-year-old Laurentian University student, was stabbed to death while working at Adults Only Video in Sudbury. The case remains unsolved. January 27th marks the 19-year anniversary of her murder.
https://

Using DNA collected at the murder scene, the composite image was produced by Parabon NanoLabs, a DNA technology company in Virginia, with its Snapshot DNA Phenotyping Service.

Snapshot is the first software application in the world that can predict appearance and ancestry from DNA samples.

The Sweeney murder suspect composite shows that the suspect is a male of Northern European ancestry, with fair skin, blue/green eyes, brown/blond hair and few freckles.

Eyeglasses were added to the composite based on the description of eyewitnesses. The new composite image has received national media attention since it was released.

While every tip is helpful, Weston said he wishes people would provide a bit more detail. “A lot of the times when there's no detail contained in a tip, we hit a dead end and we can't go any further,” he said.

A lot of people are calling in to say they currently know or knew someone back in 1998 who resembled the composite image of the killer.

Weston reminds people that while the composite image shows a young man, the killer would probably be in his 40s now. At the time of the murder, eyewitnesses said the suspect was in his early 20s.

While the police will follow up on these reported lookalikes — and several of the ones called in this week were already previously eliminated as suspects — they're looking for more information than that.

Maybe somebody might remember someone they knew in 1998 who not only resembled the composite image, but have other information that could possibly connect that person to the case.

Perhaps their behaviour changed around the time of the murder, or they owned clothing like the killer's on the day of the murder — he wore glasses, jeans, running shoes and a grey-hooded top underneath a teal-coloured jacket.

That lightweight, High Sierra brand jacket, along with white cotton gloves, was located near the murder scene by a police dog.

“That's going to draw a lot more attention, and it's going to get moved up the triage line when it comes to how we're going to focus on these tips,” Weston said.

Citizens with new information regarding the incident or the suspect are urged to contact the Greater Sudbury Police Tip Line at 705-675-9171, ext. 2320. Citizens can also provide information anonymously through Sudbury Rainbow Crime Stoppers at 705-222-TIPS (8477).