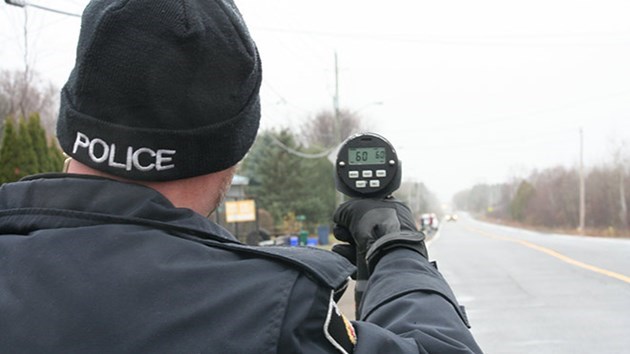 While conducting traffic enforcement on Highway 144 this week, the Sudbury OPP charged two people in two days for stunt driving.

On March 24 at 10:58 p.m., officers were conducting traffic enforcement on Highway 144 when radar caught a vehicle travelling 110 km/h in the posted 60 km/h zone.

The vehicle was stopped and the driver, who police say failed to produce a driver’s licence, was charged.

A 30-year-old Onaping Falls resident faces a charge of racing a motor vehicle and of failing to surrender their licence.

The driver was issued a seven-day driver's licence suspension and the vehicle was impounded.

The next day, March 25, at 11:05 p.m., Sudbury OPP say an officer clocked another vehicle travelling more than 50 km/h over the posted limit.

The vehicle was pulled over and the driver, a 29-year-old from Ottawa, was charged with racing a motor vehicle.

The driver was issued a seven-day driver's licence suspension and the vehicle was impounded.

The Ottawa resident was released on a provincial summons and is scheduled to appear at the Ontario Court of Justice in Sudbury on June 1.