Despite arrests, both marijuana sellers have reopened for business
0
Sep 20, 2019 5:00 PM By: Sudbury.com Staff 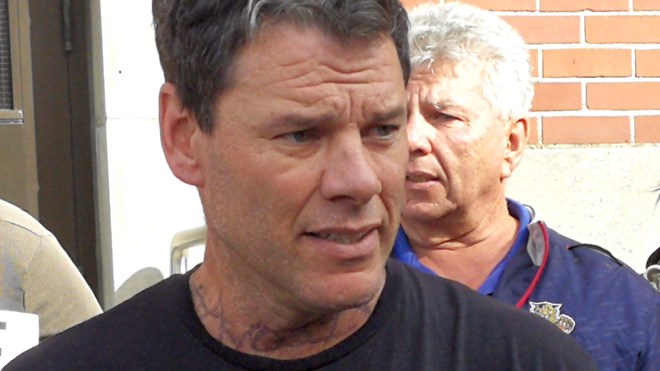 The Ontario Provincial Police have released the list of charges resulting from raids of two marijuana dispensaries this week at Wahnapitae First Nation.

But the people running First Nations Medicinal and Creator's Choice have both since reopened, according to posts on their Facebook pages.

“We are open today, but have no ATMs,” says the post on Creator's Choice.

There were also no bank machines at First Nations Medicinal – they were seized during the arrests – but the store was open Friday.

“We're taking a RISK (pun intended),” said the post on Facebook. “Another beautiful day at FNM. Got a bit of wet paint around today, still got some awesome stuff in the shop. We're still running our monthly bong package draw, hope to see you guys out here today. Much love from team, FNM.”

In their news release, the OPP said they joined the Anishinabek Police Service, Provincial Joint Forces Cannabis Enforcement Team of the OPP and members of the Sudbury OPP Organized Crime Enforcement Bureau in executing a search warrant “at two illegal cannabis storefronts located on Loonway Road and Taighwanini Trail on the Wahnapitae First Nation.”

Amanda McGregor, 27, from Wahnapitae First Nation, and Nathan Peacock, 28, from Lively, of First Nations Medicinal, are charged with:

"Both parties were released on a promise to appear,” the release said.

Derek Roque, 47, from Wahnapitae First Nation and owner of Creator's Choice, was arrested and charged with:

All of those charged were released on bail on Sept. 19. Seized items included a substantial amount of suspected cannabis products such as flower, shatter and edibles. Police also seized Canadian currency.

“The OPP enjoys a respectful working relationship with all of our First Nations policing partners,” the release said. “The OPP and its partners continue to work with communities and engage all stakeholders with respect to enforcement action on illegal cannabis storefronts.

“The OPP is continuing to lead an enforcement strategy which includes other Ontario police services. This strategy will reflect actionable intelligence on illegal cannabis operations.”

The focus of the strategy is to “dismantle organized crime groups, eliminate the illegal cannabis supply, remove illegal cannabis enterprises such as storefronts and online, and target the proceeds of crime and assets,” the release said.

“Any person with information regarding these incidents should immediately contact the Ontario Provincial Police at 1-888-310-1122 or their nearest police authority.”