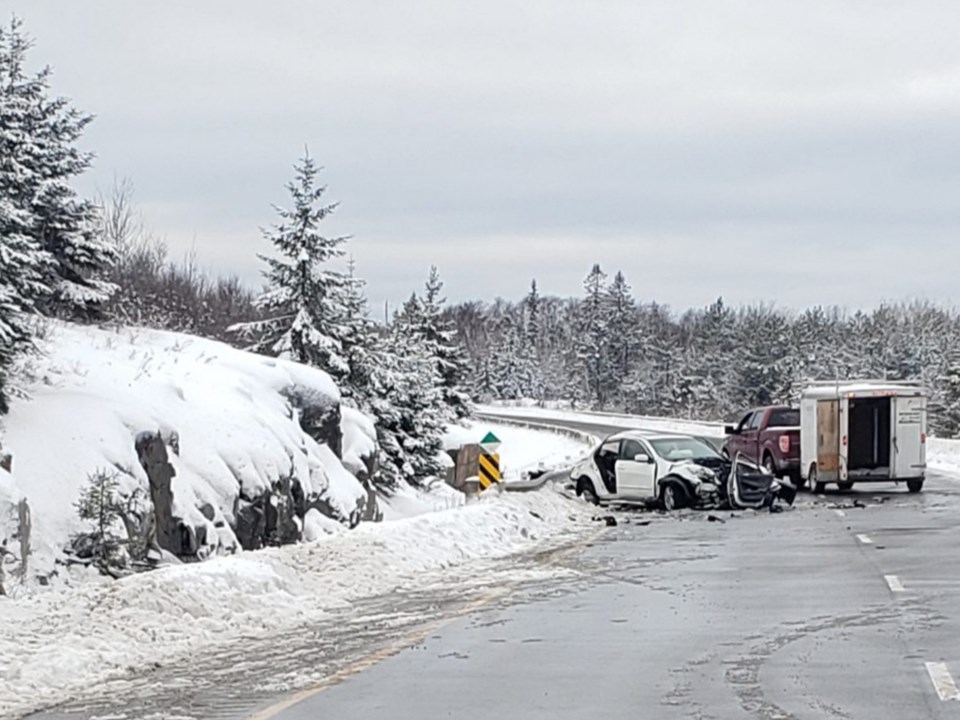 The Ontario Provincial Police (OPP) say they are still days away from releasing details on their investigation into the tragic New Year's Day crash that claimed the lives of three children.

It has been six days since the crash on Highway 17 claimed the lives of the three Osagie children: six-year-old Britney, 11-year-old Destiny and 10-year-old Flourish. A 10-year-old boy remains in hospital after suffering life-threatening injuries.

Investigations of this complexity can take time to complete, said OPP Const. Michelle Coulombe in a telephone interview Tuesday.

Coulombe said details regarding the cause of the crash should be released by the end of this week. Asked about the potential for charges to be laid, Coulombe said she couldn't speak to that issue.

Investigation of this sort take time, Coulombe said, and include applying for judicial authorization to inspect a vehicle involved in a fatal collision, completing the vehicle examination itself and collecting statements from the public.

This is coupled with the significant amount of time it takes to complete and submit the required reports by crash reconstructionists and collision investigators, she said.

The OPP crime unit and traffic unit are working in partnership to complete the investigation.

Coulombe was not able to provide an update as to the condition of the 10-year-old boy sent to the hospital with life-threatening injuries as a result of the collision.

Scammers pretending to be GSPS and demanding payment for arrest warrants
Jun 4, 2020 5:03 PM