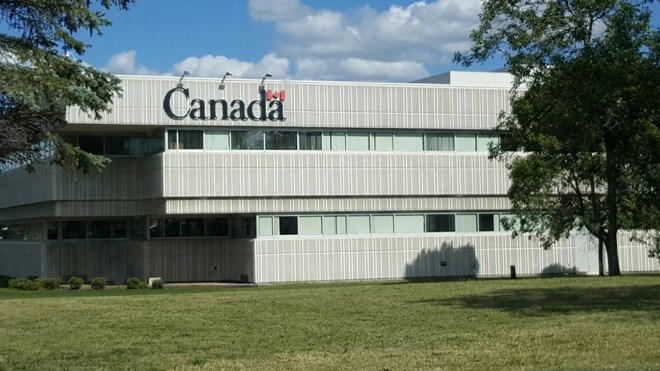 Canada Revenue Agency was on lockdown Aug. 6 after it received a suspicious package, said Greater Sudbury Police Service. A 60-year-old man has been arrested in connection with the incident. (File)

Greater Sudbury Police have arrested a 60-year-old man they believe is responsible for leaving a suspicious package that ultimately led to the evacuation of the Canada Revenue Agency building on Aug. 6.

On Aug. 6, at 6:15 p.m., police attended a call at CRA regarding a suspicious package in a mailbox inside the building.

Patrol officers and members of the tactical unit specializing in explosive disposal attended in order to investigate the incident. Through video surveillance footage, a man was seen leaving the package and acting suspiciously as he left the area.

Due to his behaviour, the location being a federal building, and the unknown contents of the package, the building was evacuated by staff and security.

Members of the explosive disposal unit used a remote robot to remove the package from the mailbox and transported it to a safe location. A controlled detonation was conducted and the package was rendered safe.

It does not appear that the package contained any explosives.

Just after 2 p.m. on Saturday, Aug. 8, detectives from the Criminal Investigation Division located and arrested the man believed to be responsible for the incident. He is charged with mischief – interfering with lawful use of property under the Criminal Code of Canada.

He was released on an undertaking and will appear in court on Nov. 4 to answer to the charge.

“We would like to thank the staff of the CRA for their cooperation and patience during this incident” said GSPS in a press release.

“We remind community members that it is always safer to err on the side of caution when a package of unknown origin is located and appears out of place. If you are unaware of where a package came from or what a package contains, you are urged to review your organization’s policy for dealing with these types of situations and consult a supervisor. If the package is determined to be suspicious, contact police immediately.”