He is charged with extortion and criminal harassment, court date set for April 23
Apr 20, 2020 9:42 AM By: Sudbury.com Staff 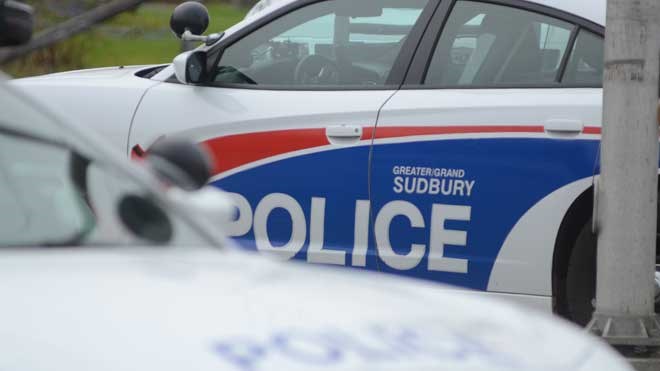 Greater Sudbury Police are on scene at a home in Val Caron following what they believe was a drive-by shooting early this morning. (File)

A 25-year-old man from Greater Sudbury has been arrested and charged with extortion and criminal harassment following a suspected drive-by shooting, said Greater Sudbury Police Service.

The man has a court date of April 23.

The investigation into the matter is ongoing and anyone with information related to the incident is asked to call the criminal investigations division at 705-675-9171.

Greater Sudbury Police are on scene at a home in Val Caron following what they believe was a drive-by shooting early this morning.

Police said the incident happened just after 4 a.m. on April 20 at a home on Fifth Street. No injuries were reported, however, there were three individuals inside the home at the time of the incident.

Officers secured the residence and shut down Municipal Road 80 for a short period of time in order to collect physical evidence.

Detectives from the criminal investigations division, forensics unit and patrol operations remain on scene as the investigation into this matter is ongoing.

“This is believed to be a targeted and isolated incident,” said police in a news release. “We do not believe there to be any threat to the general public.”

Officers will be canvassing the area throughout the day and anyone with video surveillance footage in the area or information related to this incident is asked to contact us at 705-675-9171.