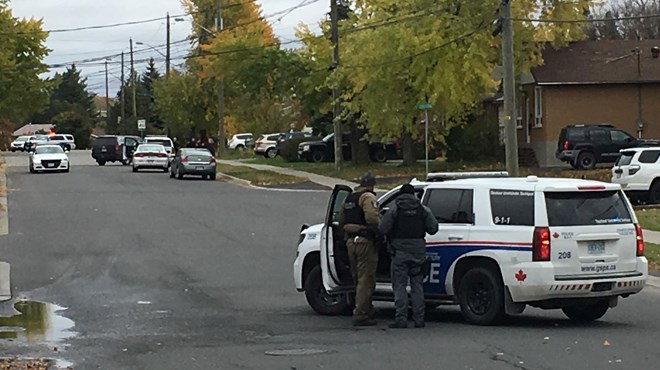 Police have arrested the man at the centre of a standoff in New Sudbury.

Police have arrested the man at the centre of a standoff in New Sudbury.

The suspect exited the residence and has been taken into custody without incident, said police. Tactical officers are on scene to clear the residence.

"We would like to thank everyone for their patience and co-operation."

Greater Sudbury Police Service is on scene of a standoff near Madison Avenue and Christina Drive.

In a tweet, police said officers responded to a weapons complaint and are on scene with containment being set up. A person is believed to be inside a home in the area.

"We are asking residents to avoid the area, and to remain inside their homes," said Greater Sudbury Police Service.