Greater Sudbury Police say they rescued two snowmobilers Wednesday after the machines they were riding ran out of gas on the snowmobile trails north of Capreol.
0
Mar 10, 2016 6:30 PM By: Sudbury.com Staff 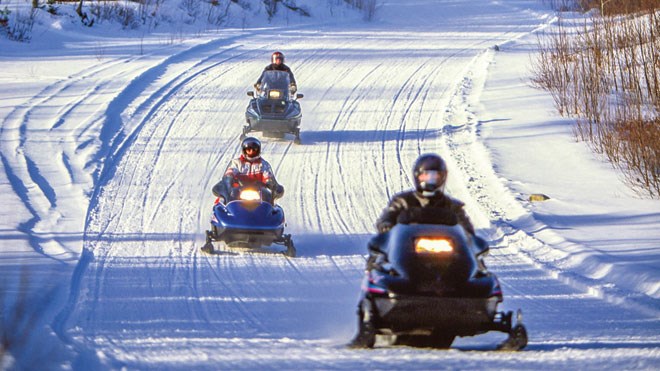 Snowmobile radar runs are not illegal, but a person can be charged for operating their machine at a high rate of speed, to the point it becomes dangerous for themselves or others. File photo.

Greater Sudbury Police say they rescued two snowmobilers Wednesday after the machines they were riding ran out of gas on the snowmobile trails north of Capreol.

“Snowmobile officers responded and searched for the riders in the reported area,” police said in a news release. “At approximately nine o’clock in the evening, communication was lost with the riders as their cellphone battery expired.”

Officers kept looking for the pair and eventually located the them at around 3 a.m. in good health just north of Geneva Lake. The two riders had abandoned their snowmobiles and were walking in an attempt to locate help.

Both men are from the Waterloo area and were unfamiliar with the Sudbury Trail Plan network.

“Greater Sudbury Police Service urges everyone who travels prescribed snowmobile trails to familiarize themselves with the network prior to their venture,” the release said. “If you are travelling long and unfamiliar distances, carry extra gas, food, fully charged cell-phone, basic survival items and tools in the event of an unforeseen breakdown or emergency.”