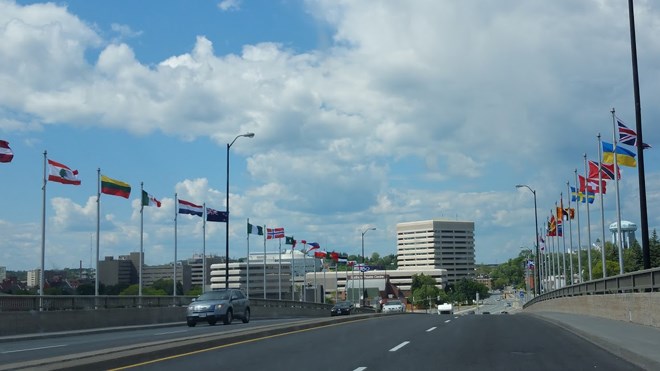 Paris Street at the Bridge of Nations was closed briefly this afternoon as Greater Sudbury Police de-escalated a situation where someone was in emotional distress.

In a tweet, police had advised motorists to find an alternate route and for pedestrians to avoid the area.

“Officers have apprehended the man under the Mental Health Act,” said GSPS after they talked the person down. “He will be transported to hospital to receive the services required.”

This is the third incident since March 19 where officers responded to a person in distress on the Bridge of Nations.

On March 19, a 53-year-old woman fell from the Bridge of Nations and died as a result.

Days later, on March 21, police were called to the Bridge of Nations once again in response to a man who was threatening to jump off. However, the situation was successfully de-escalated and the 26-year-old man was transported to hospital to receive the support services that he requires.