Police investigating report that two young males were seen cycling away from the scene
Sep 23, 2019 9:13 AM By: Sudbury.com Staff 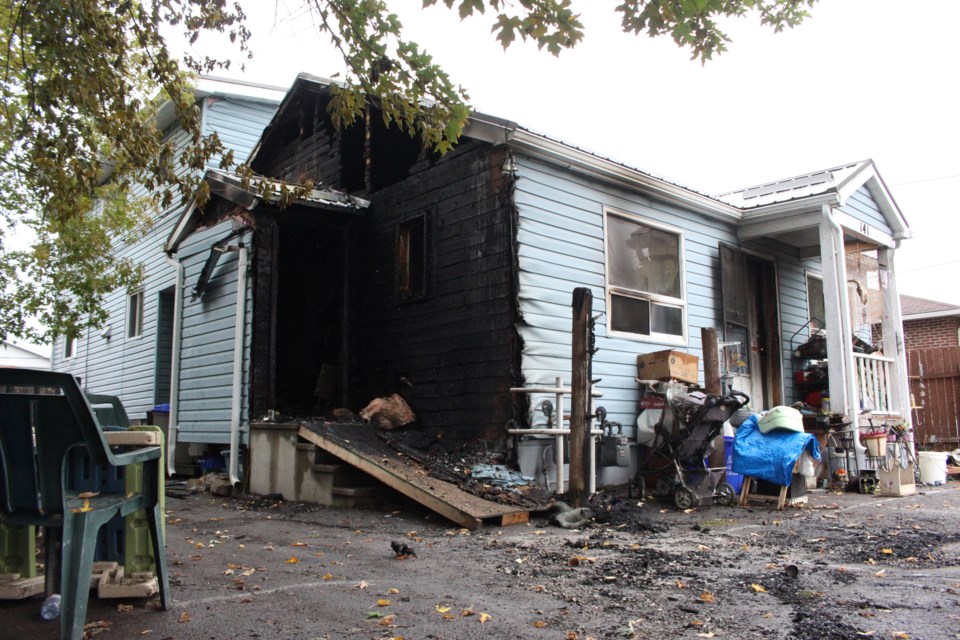 Greater Sudbury Sudbury Police are investigating a report that two young males threw a jar full of gasoline onto the porch of a Chelmsford home that erupted in flame Saturday night.

Emergency services were called out to the house on Charette Avenue in Chelsmford at 10:37 p.m. on Sept. 21. The house contained four apartments and eight residents, all of whom were displaced by the fire. A cat belonging to one of the residents has been provided food and water, and is being cared for in one of the undamaged apartments.

The fire was contained to one apartment, though the three others suffered significant smoke damage.

The fire has been deemed suspicious. Greater Sudbury Police and the Ontario Fire Marshall are investigating.

The suspected cause of the fire took a stranger turn on Sunday when a woman who says she's a neighbour of the house where the fire occurred posted a story and several videos to Facebook.

In the post, Kandice Cyr says two young males were seen riding bicycles up to the house and tossing a jar of gasoline onto the porch.

"Last night was an awful night for my neighbours," the post reads. "Two young kids looking to be about 15-17 years old lit a jar on fire with accelerant in it (gas) and threw it in my neighbour's front porch."

Cyr wrote that the two young people "were spotted biking away erratically" after tossing the jar.

Cyr doesn't say if she personally saw the boys or was simply relaying information she heard elsewhere.

Saying police suspect the fire to be arson, Dunn said two "suspicious individuals" were seen in the area prior to the fire.

They are described as standing 5-0 tall, with medium builds and wearing dark clothing.

GSPS is working with the Ontario Fire Marshall's Office on this investigation. Anyone with information related to the two people seen in the area at the time or this incident are asked to contact police at 705-675-9171 or Crime Stoppers at 800-222-8477.