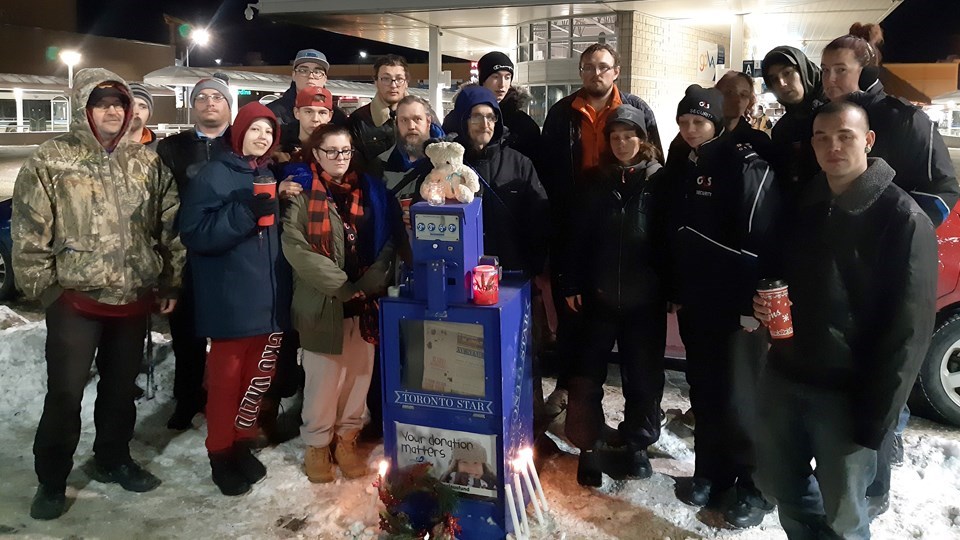 Friends and loved ones of Preston Pellerin, who has been identified as the victim of an alleged homicide on Nov. 15, gathered at a makeshift memorial in downtown Sudbury at the site of the teen's death. A second teen was recently charged in connection to the incident.

Greater Sudbury Police have charged a second individual in relation to a fatal stabbing in the city's downtown last November.

A day later, on Nov. 16, 2019, 18-year-old Steffin Rees was arrested and charged with Second Degree Murder.

As a result of further investigation by detectives in the GSPS Criminal Investigations Division, an 18-year-old man was arrested on April 5, and charged with accessory after the fact to murder and obstruct justice.

He was released on a promise to appear with a first appearance court date of Nov. 15, 2020.

His name can't be released as the information has not yet been sworn to through the court process.