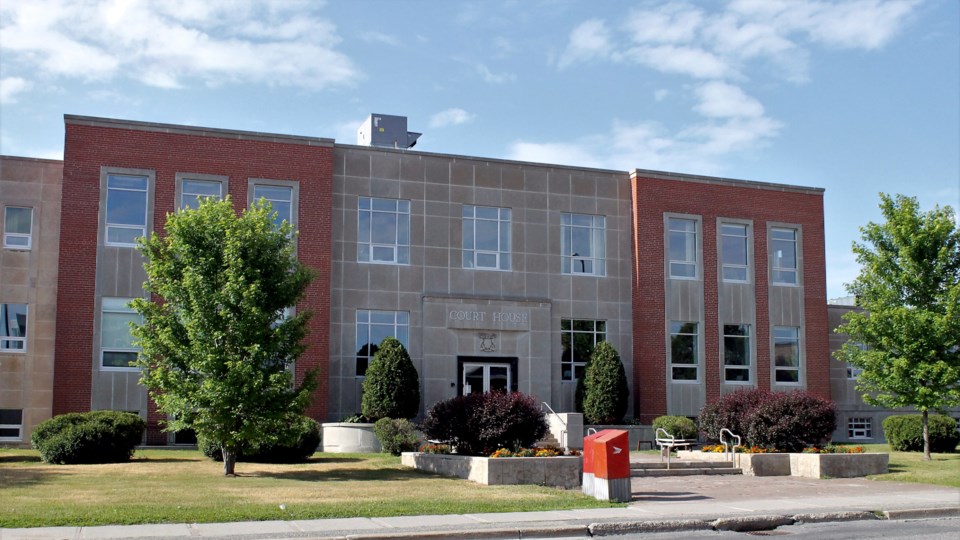 Alexander Stavropoulos, who is accused of stabbing a mother and injuring an infant in a Marcus Drive parking lot Monday, appeared in bail court in Sudbury this morning.

The matter was adjourned to June 6.

Stavropoulos, 25, was given a list of witnesses to the crime he is ordered not to contact. Details of the case revealed in court are under a publication ban.

The suspect appeared in court in person wearing an orange jumpsuit and handcuffs, and had a large bandage on his neck. The judge said she was making a note on his file that he needed medical attention.

According to a press release from Greater Sudbury Police, bystanders tackled Stavropoulos during the June 3 incident and pinned him to the ground. Police describe his injury as self-inflicted.

The woman was stabbed in the neck and remains in hospital in critical condition. The nine-month-old infant was not stabbed but sustained multiple bruising injuries during the attack.

Police say the attack was random and neither the alleged attacker nor his victim were known to each other.

Stavropolous has been charged with two counts of attempted murder, two counts of possession of a weapon for a dangerous purpose and one count of breaching probation.