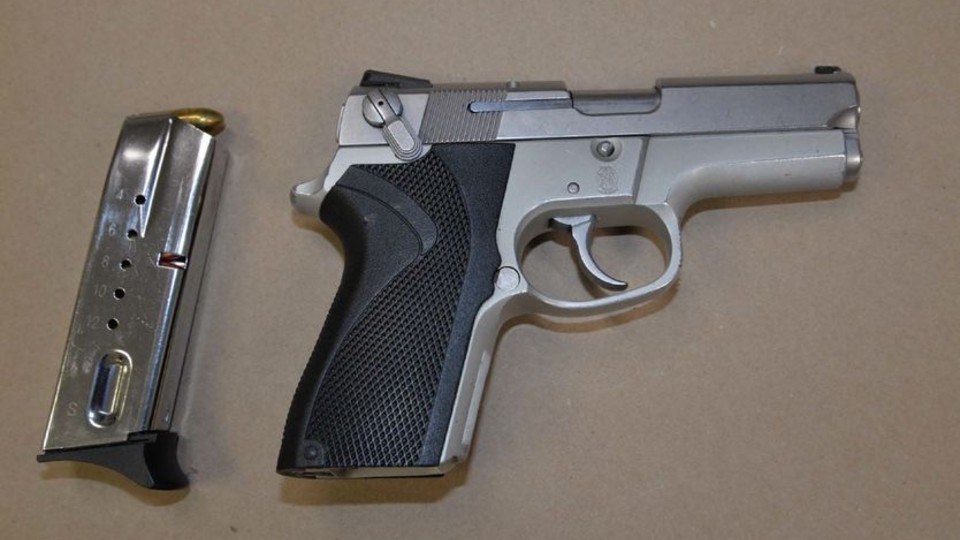 A Sudbury man is one of two arrested following a kidnapping and forcible confinement with a firearm on April 19 that led to a foot chase near Lasalle Boulevard, said Greater Sudbury Police.

On April 19, two men attended a residence on Lasalle Boulevard, held the resident at gunpoint and forced him into a vehicle, said police.

GSPS reported the three men then attended a residence on Northway Avenue, where the two men forced their way into the residential unit and demanded money from the woman inside while displaying the firearm.

Another resident of the building contacted police and the two men fled the scene in the vehicle in which they had arrived.

The 25-year-old man who had been forced into the vehicle and the 26-year-old woman did not sustain any injuries as a result of the interactions.

“This is believed to be an isolated incident as the involved individuals are known to each other,” said GSPS in a news release.

Through the investigation, police said officers located the vehicle used in the incident outside of a residential building on Lasalle Boulevard. Members of the Emergency Response Unit (ERU) conducted a high-risk traffic stop on the vehicle and took the two men inside the vehicle into custody without incident.

It was determined the driver of the vehicle at the time of the traffic stop was not involved in the original incident. He was released unconditionally in relation to the matter. However, he was issued a Provincial Offence Notice for Class G1 license holder accompanied by a qualified driver under the Highway Traffic Act and a PON for failing to comply under the Reopening Ontario Act (ROA).

Officers then returned to the residential building on Lasalle Boulevard, as it was believed the other suspect involved in the kidnapping and home invasion was still inside. Officers knocked on the door of the unit where he was believed to be, and a short time later the man was seen jumping from a second-storey balcony, where he proceeded to flee on foot.

Detectives from the Break Enter and Robbery Unit chased after the man until members of the ERU caught up to him and placed him under arrest. Detectives retraced their steps from the foot pursuit and located a bag containing a loaded handgun the man disposed of as he was running from officers.

The suspect from Ajax was also charged with obstructing police.

Both men were also issued a PON for failing to comply under the ROA. They were held in police custody overnight and attended bail court on April 20 to answer to the charges.

“The peaceful resolution of this high-risk, dangerous situation demonstrates the tremendous teamwork and collaborative efforts of our 911 Emergency Communications Centre, Patrol Operations, Major Crimes and Integrated Crimes Sections of our Criminal Investigation Division and Emergency Response Unit,” said GSPS in the news release. “We would like to extend our thanks and gratitude for your ongoing dedication and commitment to keeping our community safe.”