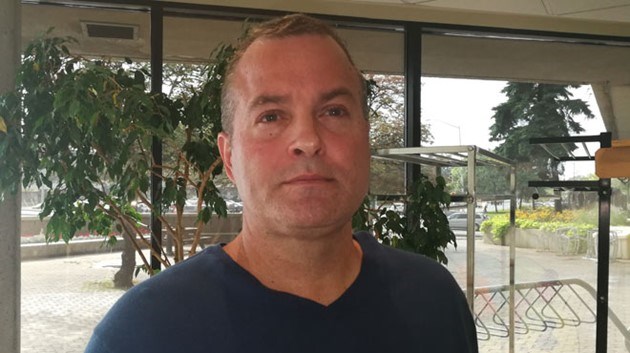 A Greater Sudbury Police Services disciplinary hearing for Robert Rheaume never got off the ground this week, as the embattled constable handed in his resignation on Aug. 20. (File)

A Greater Sudbury Police Services disciplinary hearing for Robert Rheaume ended before it began when the embattled constable handed in his resignation on Aug. 20.

The hearing was to deal with matter involving the former constable and a breach of confidence matter.

Rheame was found guilty of discreditable conduct earlier this year and was ordered to forfeit 90 hours as punishment.

This week's scheduled two-day disciplinary hearing was to deal with the breach of confidence matter, the third of a trio of hearings for Rheaume.

The first hearing was tied to discreditable conduct charges related to Facebook posts made in March of 2017, highlighting the salary of the police service CAO Sharon Baiden, whose salary he said increased from $130,000 to $205,000 in four years.

The second of the three hearings was linked to a GoFundMe page that Rheaume had created in order to fund his legal battle with the GSPS.

On his GoFundMe page, Rheaume said he was attempting to raise money to help pay his legal fees to fight the charges against him. However, he posted accusations of illegal and unethical conduct by members of the Greater Sudbury Police Service and, in particular, Chief Paul Pedersen and Deputy Chief Sheila Weber.

Rheaume appeared before the disciplinary committee in June on yet another discreditable conduct charge due to his comments on the GoFundMe page.

The third disciplinary hearing on the matter of breach of confidence stalled from the beginning, as lawyers spoke behind closed doors for much of the day on Aug. 19 before adjourning the matter to Aug. 20.

On Tuesday, Aug. 20 Rheaume resigned from the Greater Sudbury Police Service. As a result, his charges are being stayed by the hearing officer, retired deputy chief Terrance Kelly. This means the judicial proceeding has stopped and charges will no longer be prosecuted.

"As Const. Rheaume is no longer a police officer, the police service has no jurisdiction on any matters of misconduct against Const. Rheaume under Part V of the Police Services Act of Ontario, which deals with discipline," said GSPS spokesperson Kaitlynn Dunn.

"As Const. Rheaume is no longer an employee of the Greater Sudbury Police Service, we are not able to provide any further comment."

The resignation of any member of the GSPS is protected under Employment Legislation; therefore the police department are not legally able to provide any details.