Suspect demands drugs at knife-point before fleeing the scene

Anyone with information regarding the incident is asked to contact police
0
Oct 6, 2019 4:00 PM By: Sudbury.com Staff 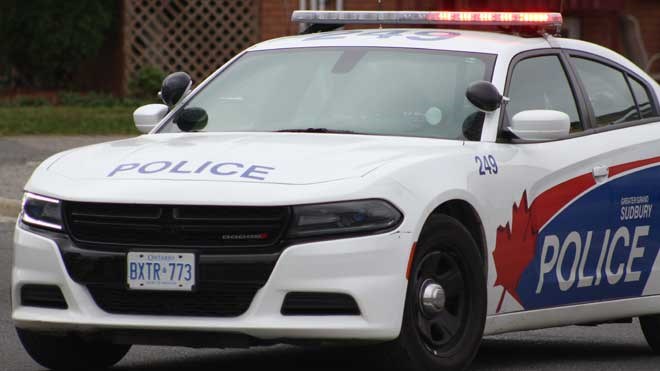 Greater Sudbury Police Services' corporate communications officer Kaitlyn Dunn, has confirmed that the call to police regarding this incident was placed around 11:51 a.m. on Oct. 6.

The 54-year-old man injured in the incident was, in fact, the target of the attack. Dunn said that police have no evidence to believe the suspect and victim had any prior relationship.

The suspect was able to apprehend an undisclosed amount of prescription medication before fleeing the scene.

The Greater Sudbury Police Service (GSPS) is in the process of investigating an armed robbery that occurred in Garson on Sunday, the suspect for which, is yet to be located.

Reports say that sometime around 1 p.m. on Oct. 6, a man standing outside a convenience store on Falconbridge Road displayed a knife, demanded prescription medication, and then fled the scene on foot.

According to the GSPS Twitter account, a 54-year-old man sustained minor injuries as a result of the incident.

Police conducted a search of the area with help from the K-9 unit but were unable to locate the suspect.

The suspect is described as being around 20-years-old, with a black complexion, wearing dark clothing at the time.

This story will be updated as more details are made available.