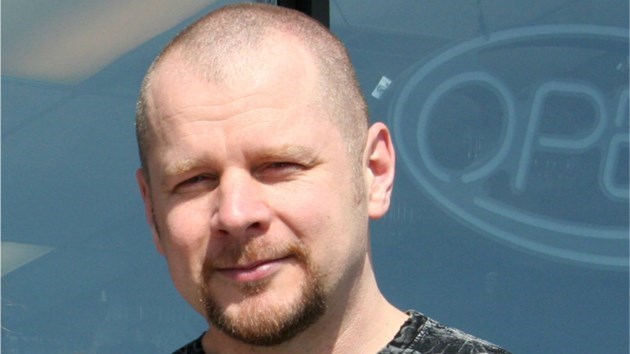 Christopher Casola has admitted to accessing the tax records of six people – including police officers – when he was a Canada Revenue Agency employee in Sudbury. Casola is accused of acting on behalf of the Bacchus Mororcycle Club. (File)

Christopher Casola was identified by Sudbury police as a member of the Bacchus Motorcycle Club in April 2016, when he was arrested for breach of trust and weapons offences, including the possession of a SKS assault rifle.

He was also charged with unauthorized use of a computer and committing a criminal offence to benefit or in association with a criminal organization (two counts).
Casola is accused of illegally accessing the private records of six Sudbury residents between November and December of 2014. That's around the same period when the former Red Devils MC was folded into the Bacchus MC. Police allege Casola was acting on behalf of the Bacchus MC.

His lawyer argued, unsuccessfully, for access to all tax records of anyone who filed a return between March 2014 and January 2015. Because those records are not in control of the Crown, but the CRA, a separate application to the Ontario Court of Justice had to be made.

The application was rejected, with the the judge ruling Casola's lawyer had failed to provide reasons why it was important to his client's case, characterizing it as “a fishing expedition.”

But the transcripts of the decision shed some light on who was targeted when Casola illegally accessed the records. All such activity is monitored by the CRA, who can tell what records were accessed, for how long and the ID information of the person in the system.

Casola admitted to accessing the records in a written statement after he was caught.

“The CRA investigation that was undertaken revealed that the accused had made unauthorized access to accounts belonging to two police officers, three individuals involved with the Hell’s Angels and the spouse of one of them,” the transcript says. “The report also concluded that at the time in question, the accused was involved in a group associated with or involved in organized crime.”

“In addition to the names of the individual, these accounts show the date of birth, gender, marital information, mailing address as well as a great deal of financial information with the actual personal information being redacted,” the court transcript says.