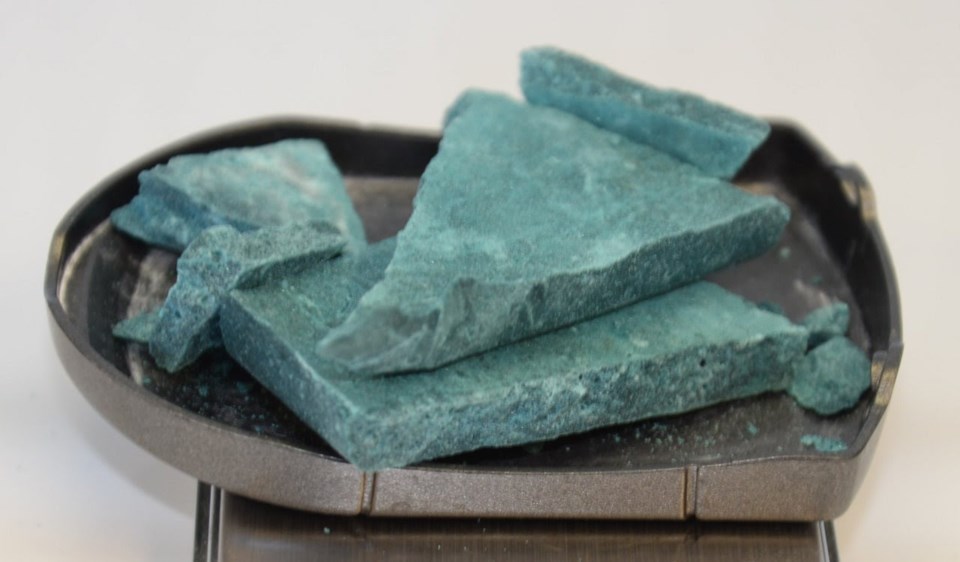 Two southern Ontario residents are facing numerous charges after a tip led to a drug raid at a Garson residence on Friday.

Greater Sudbury Police reported this morning that they received a tip that day that a southern Ontario resident was breaching his release conditions and was in Sudbury selling illegal drugs.

After obtaining a Controlled Drugs and Substances Act search warrant, GSPS said detectives from the Drug Enforcement Unit (DEU) headed to a home Brodie Street in Garson where information said the man was staying.

"Upon searching the residence, officers located over $38,000 worth of cocaine and fentanyl, as well as scales, packaging materials, cutting agents and multiple cell phones," GSPS said in the release. "Officers also seized $1,565 in cash."

A 34-year-old man and a 38-year-old man, both from southern Ontario, were arrested and charged with:

Possession of a Schedule I substance of the purpose of trafficking (x2);

Possession of property obtained by crime under $5,000, and;

Breach of release order (for the 38-year-old).

Both men were held in custody, before answering to the charges April 10.

Both men were also issued a provincial offence notice for failing to comply ($880.) under the Reopening Ontario Act for breaching the current COVID-19 Orders.