Brutal slaying of Sudbury police officer had a big impact on local policing
0
Oct 7, 2019 9:04 AM By: Sudbury.com Staff 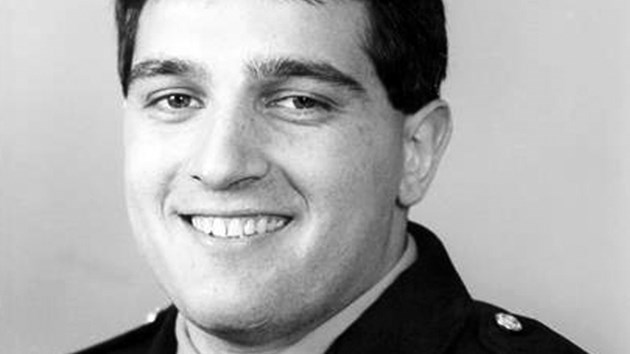 Sudbury police Const. Joe MacDonald was murdered on Oct. 7, 1993. Convicted for the crime were Peter Pennett and Clinton Suzack. (File)

The brutal murder of Sudbury Police Const. Joe MacDonald, which took place 26 years ago today, led to major changes in policing in Sudbury and Ontario.

The radio system police use was upgraded when it emerged that gaps in communications prevented MacDonald from finding out two dangerous criminals — Clinton Suzack and Peter Pennett — were believed to be in the area.

Suzack in particular had a history as a violent offender, and had recently been released on parole. The pair had illegal drugs in the car when MacDonald pulled them over for what he thought was a routine traffic stop. The 29-year-old — with his wife, Nancy, and  two young children waiting for him at home — had no idea what he was about to face.

Police service revolvers were also changed in the wake of the tragedy. MacDonald's six-shot, .38 calibre revolver was no match for the firepower his killers were carrying. While he emptied his weapon and wounded his attackers, the revolver had to be manually reloaded.

Police have since been equipped with semi-automatic handguns that are higher calibre and easier to reload.

That early morning Oct. 7, 1993, a badly wounded Suzack and Pennett were able flee. After a foot chase, they were captured and, two years later, convicted of first-degree murder. Both men are serving life sentences without parole for 25 years.

Two years ago, Pennett was turned down when he tried applied for temporary absences from prison.

And there was an outcry in 2001 when Suzack was moved into a medium-security prison, leading him to be transferred again.

"It hit everyone on the police force and around the community like a hammer," said McCauley, who was the lead investigator in MacDonald's murder. “The MacDonald family has had no respite from this tragedy and this is something they're going to carry with them for the rest of their lives."

McCauley said MacDonald was a good cop and popular with his colleagues.

"Joe was a really good person, he was well-liked, always happy-go-lucky, he was a great community officer and an all around good person."

Today, a bridge in Greater Sudbury has been named in MacDonald's honour. And the Joe MacDonald Football League, which started the year after he was slain, continues to thrive in the city. MacDonald was a former member of the Sudbury Spartans.

It was the idea of local football legend Sid Forster, who wanted to honour the fallen officer. Sadly, Forster himself passed away at the end of the 1994 inaugural season.