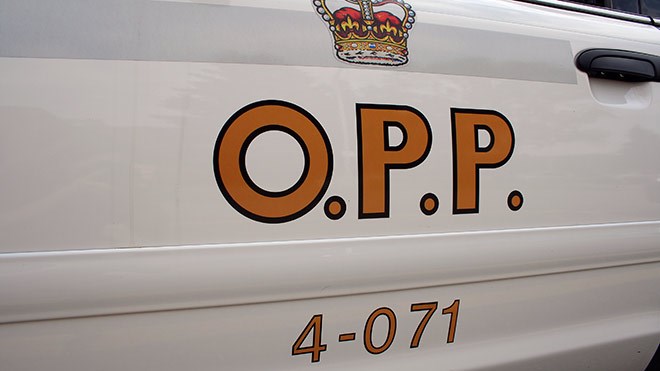 The standoff between a man and police in Verner came to an end around 5 p.m. Tuesday, West Nipissing Police said late Tuesday. (File)

The standoff between a man and police in Verner came to an end around 5 p.m., West Nipissing Police said late Tuesday.

Two people have been arrested, a man and a woman. The man faces charges of possessing a weapon dangerous to the public peace, careless use of a firearm and unsafe storage of a firearm.

The woman, believed to be an American, is being held on a warrant issued by the Canada Border Services Agency.

While police have not released any names, the home is owned by Lorence William Hud, a 70-year-old musician best known for penning the April Wine hit, "Sign of the Gypsy Queen." It's not known how long Hud has owned the home, but his problems with authorities began 2007 and have escalated since.

In that year, Hud complained of drainage issues on his property to officials in West Nipissing. The Goulard Drain – sometimes called the Cazabon Drain – is located on his property, behind an iron security gate. Some repairs were done, but more homeowners complained in 2008, and Hud was told more repair work would be needed.

However at some point, Hud informed municipal staff he was not satisfied with the quality of the work done, and would not permit anyone else on the property. He said he would only speak with “one of the honest police officers.” Hud also said he would be filling in and closing the drain, claiming it was his right.

Eventually in 2010, a court order was issued directing Hud to allow workers on his property, which he did and the repairs were completed.

Months later, he sued, although the judge in the case wasn't sure what he was hoping to gain. It appeared he was trying to reverse the order that allowed staff to enter his property to fix the drain, but since the work had already been done, he wasn't sure the point.

In any event, he said the original ruling was valid. But he did find that the ruling was limited to the time needed to fix the drain, and that officials would need to go to court again if they wanted access to the property.

Hud was also ordered to pay the $4,000 in legal costs the court fight cost the municipality .

The case next appeared in courts in June 2011, when Hud sued the municipality of West Nipissing for damages. He wanted compensation for: unnecessary damage he says was done to his property during the drain repair; the poor quality of work done the first time repairs were made; and the “intentional infliction of economic harm and intentional infliction of mental suffering” caused when the municipality got the court order allowing them to fix the drain on Hud's property.

“There is no evidence, for example, of the 'chosen career' that the plaintiff alleges he could not pursue as a result of the injunction,” the judge wrote. “The only reference in the plaintiff’s responding affidavit is simply a repeat of the bald allegation contained in paragraph 19 of the statement of claim that he suffered 'unnecessary mental suffering.' That is not sufficient."

In the next court decision, in November 2014, Hud took the unusual step of suing the Attorney General of Canada in federal court. Hud had tried to get a meeting with the prime minister – then Stephen Harper, later Justin Trudeau – and even had former Nickel Belt MP Claude Gravelle write a letter on his behalf, informing the PM's office that Hud wanted to meet with him.

His appeal to the federal court “alleges that the plaintiff tried to convince the Prime Minister of Canada and the Minister of Justice to intervene and quash what he calls the illegal courts, but both politicians refused to meet with him despite a written request from his representative Member of Parliament.

“Following this, he submits that the government then added to his property tax bill 'Illegal Bills from that Illegal Canadian Court.'” the transcript says.

“As well, the Prime Minister’s Office allegedly directed the Canadian Revenue Agency (CRA) to intimidate the plaintiff into abandoning his pursuit of justice by threatening to review his income tax return. The plaintiff also blames the prime minister for phone calls that he started receiving around the same time.”

Hud also alleged “these actions violated his constitutional rights; negatively affected his mother’s health; prevented him from receiving an award from the Society of Composers, Authors and Music Publishers of Canada and extinguished his desire to write music.”

He sought a court order to get the government to stop harassing him; to quash all judicial orders not in his favour; exempt him from Ontario's Drainage Act, which was the law used to gain access to his property; to stop government officials from demanding he pay his property taxes and other bills;
$28 million for defamation, torment, pain and suffering; interest and all his court costs.

The judge found no basis to any of Hud's claims, and awarded the defence – the Attorney General of Canada -- $300 in court costs.

An appeal of that decision was dismissed in May 2015.

What prompted the current incident is not known, but Hud has been tweeting throughout the day. The women with him is believed to be Sheila Yarnell, who uploaded two videos to Hud's YouTube page.

In it, she appeals to U.S. President Donald Trump to help her and Hud in his efforts to meet with Trudeau. Wearing a Trump/Pence inauguration T-shirt, she says she arrived to help Hud in February and would have left Canada months ago if they could find out the date of the meeting with Trudeau.

“Now I cannot leave, because I am obviously in great danger,” she says, “until I attend the meeting with the prime minister.”

The standoff in Verner lasted 28 hours, but was resolved peacefully, police said.