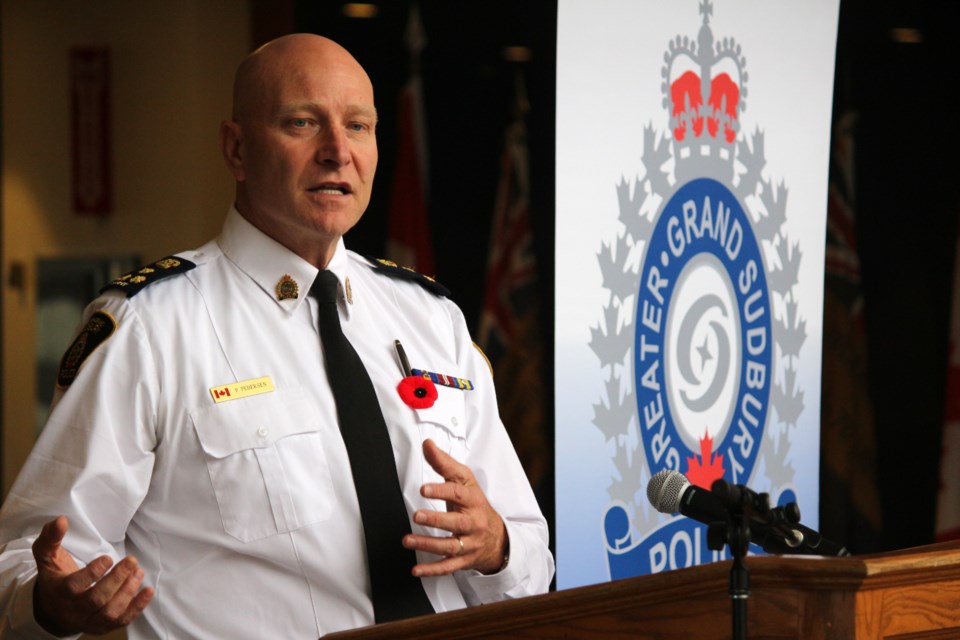 The COVID-19 pandemic brought with it a lot of unknown and uncertainty for many community members, and with that came increased emotional and financial stress, said Pedersen.

“During the pandemic, we have seen a substantial rise in mental health, intimate partner violence and weapons complaints, and we can only assume that the stressors associated to the pandemic played a role in these increases,” said Pedersen.

Officers filed use of force reports from 16 mental health calls last year, up from five the year prior, as well as nine break and enters, six robberies, five suspicious persons and 20 calls listed as “other” or “other disturbance,” which include four calls for disturbing the peace, three drug incidents, three family disputes, three unknown disturbances, two barricaded persons, two arsons, one check wellbeing, one flight from police and one neighbour dispute.

A total of 86 use of force reports were filed in 2020 where officers drew, pointed or discharged their firearms - 64 involved the pointing of a firearm, 18 involved the drawing of a handgun and four involved discharging a firearm, but they were all to dispatch an injured animal.

Officers identified the use of a firearm by a suspect in 59 use of force reports last year, compared to 23 reports in 2019. Furthermore, officers reported suspects were armed with an edged weapon 24 times — an edged weapon could range from a knife to a screwdriver, or anything that can cut or stab.

Some of the “other” weapons listed in those reports include a needle, hammers, shovels, batons, a crossbow, a compound bow, a beer can and unknown firearms.

The only time an officer discharged a firearm last year was to dispatch a seriously injured and suffering animal, Pedersen said.

A Conductive Energy Weapon was used in 59 use of force reports in 2020, including 44 times where the CEW was displayed, but not fired, and 15 times for full deployment.

Use of force reports also indicated whether a suspect, an officer or a third party was injured as a result of use of force.

There were 12 use of force reports filed where an officer was injured as a result, and seven of those incidents required medical attention.

In fact, assaults against police officers were up 66 per cent, said Pedersen.

“In 2020, we saw a 66-per-cent increase in incidents where there was an assault against an officer,” said Pedersen. “More often than not, these are high-intensity situations with an elevated risk to public and officer safety. First and foremost, officers make every attempt to de-escalate a situation through tactical communication in order to gain compliance, however, in situations that pose an elevated risk to public safety including incidents involving weapons, officers must take immediate action sometimes resulting in the assault of an officer.”

Suspects were injured 37 times, requiring medical attention 25 times. However, no serious injuries were reported from any use of force encounters in 2020.

“The emphasis is always on public safety and utilizing de-escalation techniques,” said Pedersen.

The goal is to move every situation from a state of high tension to reduced tension.