A streaky set of provincials for Northern Chill 14U boys 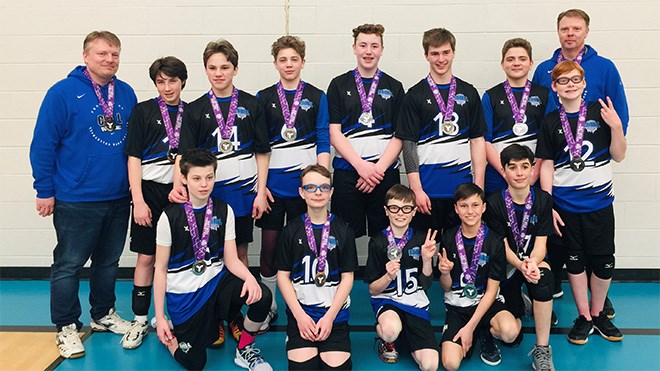 Any time you can leave the provincial championships having won as many sets as you lost, things are not all bad. When you accomplish this with a team making their first ever excursion to the world of OVA (Ontario Volleyball Association) competitive tournaments, all the better.

Coming off a silver medal performance at their last set of games in Vaughan, the Northern Chill 14U Boys took their first ever shot at the all-Ontario playdowns with a little extra giddy-up in their step.

Hoping to go on a bit of a run on playoff Saturday, the locals were thwarted by the Waterloo Tigers Black, succumbing 25-22, 23-25, 14-16 in an absolute nail-biter. “The boys showed how much they developed individually, and as a team, at provincials,” noted head coach Bryan Welsh.

“It was obvious. The boys developed a true love for the game, and we could not be more proud of what they accomplished.”