Another win for playoff contenders, the Sudbury Wolves 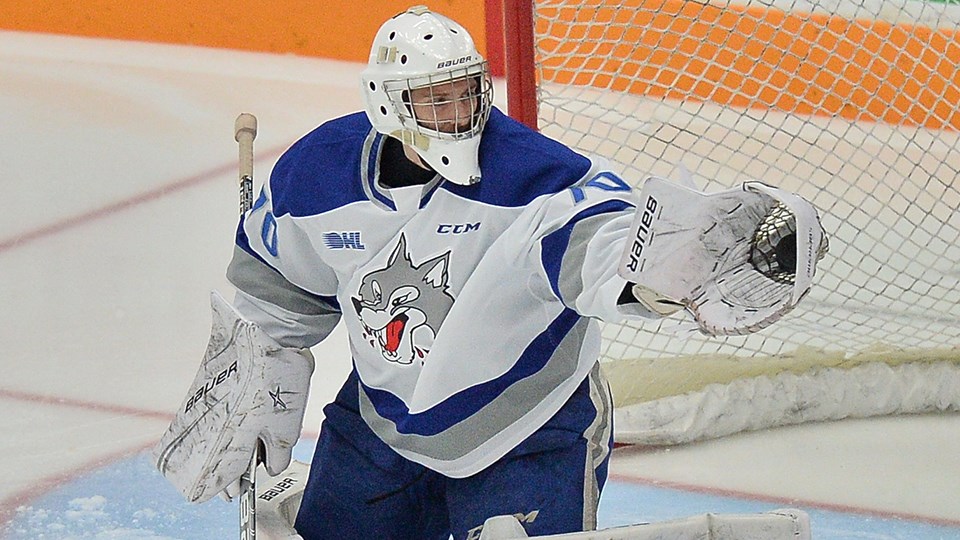 Sealing the deal with three points in third, this marks the Nickel City's fourth victory of five season matchups against the IceDogs. The last faceoff being March 14, at Niagara's Meridian Centre.

Blake Murray opened up the scoreboard for Sudbury in the team's third visit to the net that evening, just over four minutes into play. The Carolina Hurricane's prospect was assisted in his 29th goal of the season by Quinton Byfield and Isaak Phillips.

Ivan Lodnia, named third star of the game, responded on behalf of Niagara at 9:31, with help from Oliver Castleman and Giancario Chanton.

The teams moved into the second period knotted at one, with shots on goal 10-6 in favour of Niagara.

Neither team managed to beat netminder Weeks or his Niagara counterpart Andrew MacLean in the second period, forcing the teams to drag their tie into the final frame.

Shots on goal that period were 12-11 in favour of Niagara.

David Levin kicked off the run with his 26th goal of the season at 1:41, with assists from Brad Chenier and Byfield. Carson faced off against MacLean a minute later, scoring his 21st of the season with help from Emmett Serensits and Chase Stillman.

This was later considered the team's game-winning goal.

The final goal was made by Wolves' Adam Samuelsson on Niagara's empty net with 23 seconds remaining, assisted by Murray.

The game ended with a score of 4-2 in favour of Sudbury.

Sudbury Wolves are first in the Central Division, second in the Eastern Conference and fourth overall, with a record of 32-26.

The pack host the Mississauga Steelheads Sunday at 2:05 p.m., in what will be the team's last faceoff of the regular season. Sudbury has claimed three of the last five matches.

Mississauga Steelheads are third in the Central Division, seventh in the Eastern Conference and 16th overall, with a record of 25-27.

OUA cancels all sports until April
Oct 15, 2020 7:00 PM
Comments
We welcome your feedback and encourage you to share your thoughts. We ask that you be respectful of others and their points of view, refrain from personal attacks and stay on topic. To learn about our commenting policies and how we moderate, please read our Community Guidelines.