Back with the Pack: Stortini joins Wolves coaching staff 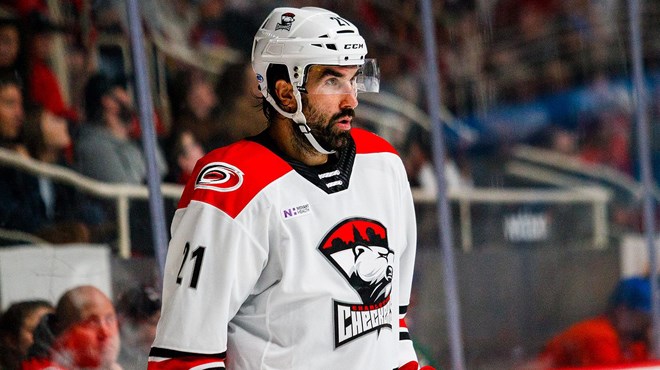 The Sudbury Wolves have announced that alumni Zack Stortini has joined the organization as an assistant coach for the upcoming season. (Supplied)

The Sudbury Wolves have announced that alumni Zack Stortini has joined the organization as an assistant coach for the upcoming season, returning to the team that gave him his start in his hockey career nearly 20 years ago.

The Elliot Lake native joined the Sudbury Wolves in 2001 and played four seasons with the team, amassing 120 points and racking up a whopping 746 penalty minutes. Stortini was drafted in the third round of the 2003 NHL Entry Draft by the Edmonton Oilers, where he played all but one of his 257 NHL games.

The big, bruising forward bounced around the American Hockey League from 2011 to 2019, with stints in Milwaukee, Hamilton, Norfolk, Lehigh Valley, Binghamton, San Jose and Charlotte.

“Our organization is very excited to welcome Zack back to the Sudbury Wolves,” Papineau said. “He is the longest serving captain in our team’s history. The chance to bring back a Sudburian who has had the success in the game he has had is outstanding for our team and especially our players. Fresh off a Calder Cup championship where he both played and was also very close to the coaching staff, he understands what it takes to compete every night and what it takes to win.”

“As a hard-nosed player Zack played with grit, determination and always had a team first mentality. With his 14 years playing experience and two Calder Cup Championships, Zack will be able to share his knowledge, excitement and passion for the game with our players," said Stillman.

“I am very excited to be coming back to the Sudbury Wolves organization,” said Stortini. “I played here and grew up in Sudbury and I am very fortunate to join the organization once again. I am looking forward to being a part of one of the premier organizations in the OHL and joining an elite coaching staff with Cory, Darryl and Alain. I look forward to working with the team and helping the players here in Sudbury develop and grow into future professionals.”

Stortini will replace Bud Stefanski, who has chosen to retire, behind the bench.

“We are very grateful and thankful for having Bud with our team last season. The experience he brought and knowledge he shared with our players and entire staff will help each of us for many years to come," said Rob Papineau, VP hockey operations and general manager.