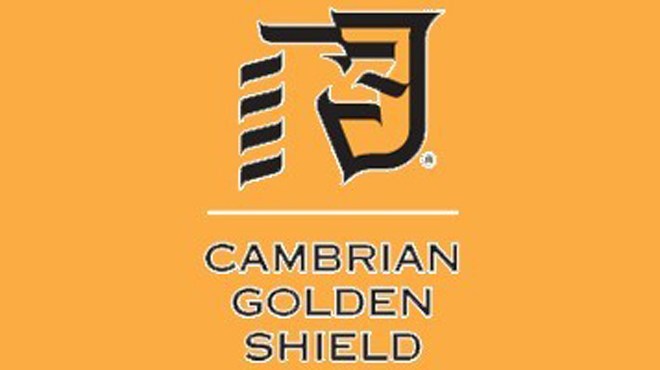 The women managed to salvage the split as the Cambrian College Golden Shield soccer teams welcomed the Centennial Colts to Sudbury on Saturday, kicking off their 2019 schedules.

Taking advantage of an early goal from Chelsie Sargeant (12th minute) and another in the second half from Julia Jajkowska (70th minute), the Shield ladies withstood a rally from the visitors, as the Colts drew to within one (Nailah Rowe - 73rd minute) and gave sophomore head coach Evan Phillips something to fret about in the dying minutes in a 2-1 win.

In many ways, the contest confirmed the guarded optimism that Phillips conveyed at practice a week or so earlier, providing an assessment of his second year at the helm.

"From a team aspect, we're almost like a brand new team again, like we were last year," he said. "We've done a lot more in training camp this year on the field, expanding to do 'two-a-days', because of how many new girls we have coming in from out of town. It's a matter of expanding their knowledge coming in, but also allowing them the time to get used to their new surroundings, a new city."

With two new keepers in the fold in the form of Leigh Hayward and Kasia Brufatto, replacing departed stalwart and CND graduate Megan Coutu, Phillips would rely heavily on the voice of experience of veterans Brianna Scarfone, Ashley Nollner and Dana Isaia.

"It's definitely different than the past two years, but every year I've been here has seen a pretty dramatic change, in terms of the number of new faces," said Nollner, a 20-year-old third-year defender with the team.

Naturally, she is prone to passing along the helpful hints to the incoming class of newcomers that stuck most with her as she navigated her way through her first two years as a varsity student-athlete.

"You have to make sure that you keep up your homework and never fall behind," said Nollner.

"That's a big thing. Once you are stressed with schoolwork, it carries over to soccer. And expect to work hard. Hard work is really seen by the coaches, and once they see it, they will play you more."

Cambrian was still without the services of Ajax freshman Aisha Warren, who suffered a dislocated pitula during the summer but is hoping to be back on the field very soon. A product of several different clubs in the area east of Toronto, the 17-year-old Pre-Health student offers some handy flexibility with the roster, as coach Phillips and company seek to secure a playoff berth, yet again.

"I've played defence, midfield, striker - really, all over," she said. "Right now, I'm playing center defence. I like to defend the ball, but I'm also a good striker, because I'm fast. When I play striker, I always stay further back than I'm supposed to, because I am used to defending."

Cambrian will make one of just two regular season road trips next weekend, facing the St. Lawrence Vikings in Kingston next Saturday, and then heading to Ottawa on Sunday to do battle with the traditional powerhouse that is the Algonquin Thunder.

That same schedule also awaits incoming coach Frank Anselmo and the Cambrian men, though they will not have the benefit of having enjoyed a victory celebration quite yet.

Centennial stopped the Golden Shield 5-1 in the second half of the Saturday double-header, with Isaac Oliveira netting the only goal for the home side, converting on a second half penalty kick.