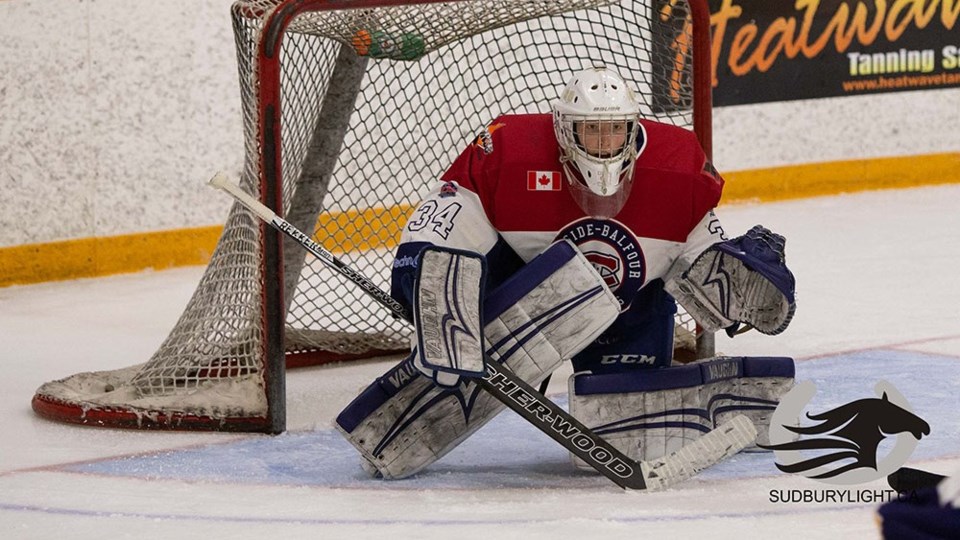 The Rayside-Balfour Canadians dropped two games to the Timmins Rock on the weekend, leaving the hometown boys down four games in the six-games series. (Caleigh Fera/ SudburyLight.ca)

The Rayside-Balfour Canadians dropped two games on the road this past weekend in their six-game series against the Timmins Rock.

The Canadians travelled to Timmins for games Saturday and Sunday evening, dropping both contests to the undefeated Rock by scores of 7-2 on Saturday and 2-0 on Sunday.

Not to be outdone, Timmins responded with three goals to take a 3-1 lead after the first period, then followed that up with three more in the second.

Timmins held a 6-1 lead in the third period with Rayside’s Owen Perala scoring his first goal of the season. Timmins responded with a late goal in the third to put a capper on the game, which ended 7-2 for the Rock.

Rayside went one for five on the power play while Timmins finished three for six with the man advantage. Shots on goal finished 29-18 in favour of Timmins.

On Sunday, Canadians’ veteran goaltender David Bowen got the start and helped keep the game scoreless through nearly two full periods. That is until Timmins scored on the power play with 44 seconds left in the second period.

The score remained 1-0 for the Rock until the last minute of play in the third. The Rock’s Eric Moreau notched an empty-netter with 59 seconds left on the clock to seal the deal.

The power play seems to be a challenge for the Canadians, who went zero for three, including going scoreless for two minutes when they enjoyed a two-man advantage.

The Canadians will be hunting for their first win of the season on Thursday when they meet the Rock for the fifth time in their season-opening six-game series. Game time on Thursday is 7 p.m.