Catching up with the Nickel City's young golfing talent 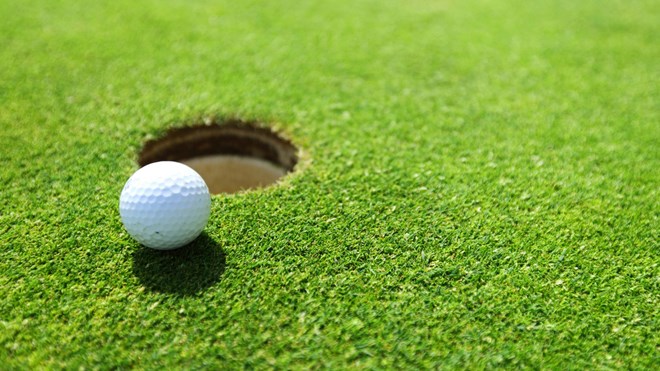 The wave of up-and-coming young golf talent from Greater Sudbury continues to assert themselves at events across the province, and the country, for that matter.

A trio of Sudburians took on the challenge that is the Listowel Golf Course earlier this week at the Ontario Junior Boys U19 Match Play tournament, with the Idylwylde Golf & Country Club tandem of Oliver Taillefer and Joshua Hayes both advancing through to the round of 16, before being eliminated.

After making the cut simply to qualify in the field of 64 golfers, Taillefer bested both Kendrick Webster of the Bay of Quinte GCC (5 & 4) and Ben Hirasawa of the Islington Golf Club in Toronto (2 & 1), before dropping a tough 3 & 2 decision to the second ranked golfer in the field, Thomas Latter of the Credit Valley GCC in Mississauga.

For his part, Hayes managed to get past both Chase Desantis of the Donalda Club in Toronto (7 & 5) and Tate Smith of the Rattlesnake Point GC in Burlington (5 & 4), before falling just short in an extra hole loss to Tyler Schaap of the Galt Country Club in Cambridge.

Rounding out the northern contingent was Aiden Deng, representing the Timberwolf Golf Club, who fell 4 & 2 to Nathanial Coombes of the Bowmanville GCC in the opening round.

With play still underway Thursday afternoon in the final, Thomas Latter and Kavith Ranchagoda (Beacon Hall - Richmond Hill) were all even through 11 holes.

Meanwhile, a couple of provinces over to the east, a pair of top-end Sudbury ball strikers fell shy of making the cut at the 2019 Canadian Men's Amateur Golf Championship, being hosted in Halifax, Nova Scotia.

Returning for his second year at Parkland Junior College in Champagne (Illinois) later this week, Evan MacLean was just two shots away from moving on to complete full tournament play. His rounds of 79 and 75 (154) was not quite enough to earn a tie with the group of golfers at 152 who finished above the cut line.

Meanwhile, Bowling Green University junior Ward Kyle found himself a little further back in the field, posting scores of 81 and 83 at the Glen Arbour Golf Course and The Links at Brunello on the East Coast.

Norwegian William Buhl, a recent graduate of the University of Arkansas Razorbacks, dominated in winning the 2019 championship, carding a four round total of nine under par 273 (69-68-67-69). That was easily enough to carve out an eight stroke victory over Americans Calvin McCoy and Luke Kluver.