There was a little something extra on the line as representatives of the Copper Cliff Skating Club made their way to Sault Ste Marie, earlier this year, to the Festival of Stars.
0
Mar 11, 2016 7:03 PM By: Randy Pascal 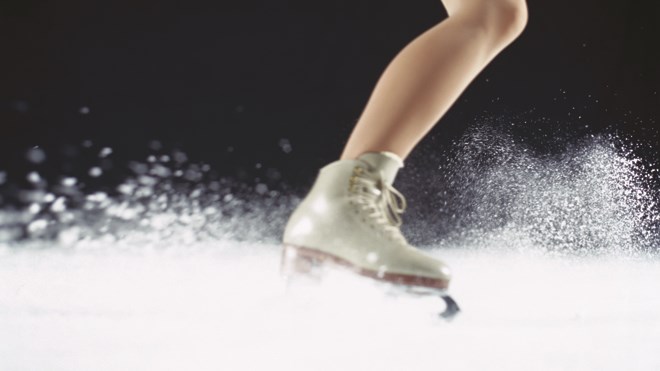 While Meagan Duhamel and Eric Radford are keeping busy with their final preparations for Sochi, the Olympic dreams of hundreds of young skaters were only just starting to build last weekend, as the Garson Arena played host to the 2014 Rainbow Country Region Interclub figure skating competition. File photo.

There was a little something extra on the line as representatives of the Copper Cliff Skating Club made their way to Sault Ste Marie, earlier this year, to the Festival of Stars.

Qualifiers from this event would advance, as per usual, to the Skate Ontario Championships. Only this time around, that reward would feature the opportunity to perform in front of family and friends.

The 2016 Championships are being hosted at Sudbury's Gerry McCrory Countryside Sports Complex from March 18 to 20.

In the end, a trio of CCSC skaters would earn the privilege of moving on, as Rowan McCaffrey (Junior Silver Men), Taegan Penney (Senior Silver Women) and Alexis Leblond (Bronze Triathlon Women) were part of an 11-athlete local contingent included in the Skate Northern Ontario team.

For McCaffrey, the trip is something of an annual sojourn, simply given the lack of male competitors in these parts. But as the 17-year-old Grade 12 student at Confederation Secondary prepares for what is likely his final provincial competition, he is targeting what he hopes will be a solid performance.

“It wasn’t my best skate in the Sault,” said the ultra-busy athlete, who is also active with the local cadet corps, and is making his way to the Royal Military College in Kingston in the fall. "I did skate a lot better at Interclub (in January).

“I’ve made a few modifications to my solo between then and now, so I am busy working out the kinks.”

With regular practice sessions at Countryside, beyond the ice times at their home rink of McClelland (Arena), McCaffrey and the young ladies will enjoy home ice advantage.

“I find that the ice here is harder and more crisp than it was in the Sault,” said McCaffrey.

Also attending Confederation, though just cutting her teeth in Grade 9, Taegan Penney will have to accelerate her training once she is fully recovered from a broken toe.

In spite of all of the time spent on the ice, and the obvious perils that come with leaping left and right, it was at school where Penney suffered the unusual injury.

“I was in gym class, and my shoe slipped off, and I fell on my back, and my toe hit a metal bar and shattered,” she said sheepishly.

After taking a year away from skating, Penney returned mid-season, gradually working her way into form for the Festival.

“I did really bad from Interclub, because I was only back for a month,” she said. “I got a pretty good score, but I popped all of my jumps – but my spins were really good.”

In a matter of weeks, improvement was evident.

“I went to the gym almost every night, to work on my cardio,” said Penney. “Everything was clicking. I could just skate, and not be stressed.”

Despite being sidelined, short-term, with her current injury, Penney will return in time for the provincial competition, armed with a comfort level in terms of the music that accompanies her free skate program.

“It’s a classical slow piece,” she said. “I find that this music is more like me. It allows me to express myself more. I get to do more flowing movements and arm movements, and just take my time.”

Back and forth battle ends in double OT defeat for Five
Feb 20, 2020 4:00 PM
Comments
We welcome your feedback and encourage you to share your thoughts on this story. We ask that you be respectful of others and their points of view, refrain from personal attacks and stay on topic. To learn about our commenting policies and how we moderate, please read our Community Guidelines.