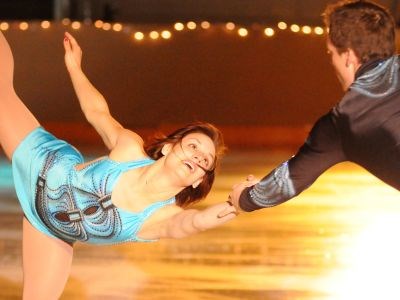 Competing in the 2010 Canadian Figure Skating Championships at the John Labatt Centre in London, Ont. over the weekend, Canada's three top teams were all within striking distance of each other, following the short program portion of the competition.

However, following the long program, the top two pairs — who were named to the Canadian Olympic team —  were decided, and Duhamel and Buntin fell just short, with a third place finish.

In a story posted on CTVolympics.ca, Duhamel was quoted saying “That's the best we can do right now. It would have sucked for whoever came third. We have three great teams in Canada and I think Canada is lucky to have such a strong pair program. That's why we saw such good skating tonight. We pushed each other. Craig and I are going to leave, holding our heads high.''

Finishing on top as Canadian Champions were Jessica Dubé and Bryce Davison, with a nearly perfect free skate. They scored 135.40 points to finish with a total of 198.27 points. In second place, Anabelle Langlois and Cody Hay had a total score of 183.42 points, and third place went to Duhamel and Buntin with 172.18 points, according to the Skate Canada website.