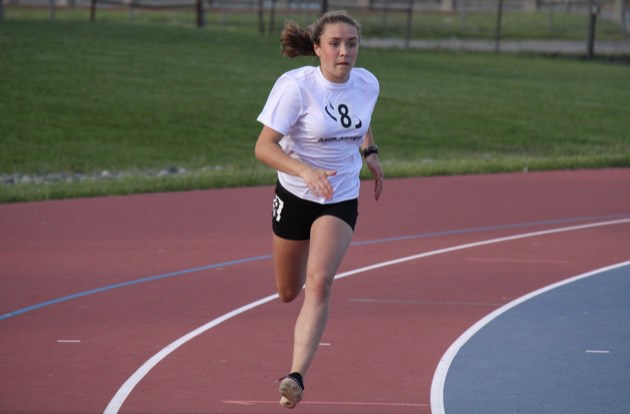 Records were made to be broken, even moreso the case when said records were reset just five years ago, adjusting for the age group definition change that impacted the R.E. Gibson Memorial Elementary Track & Field Series hosted by the Rainbow School Board.

Small wonder then that all eight of the new standards that were set at the Champions Meet last week occured in the grade seven division, where the slate was wiped clean in 2015, as opposed to the grade eight grouping (formerly midget division), in which some marks date back as far as 1966 (Harold Somers - Martindale Public School - 100m dash - 11.40 seconds - hand-timed) and 1970 (Heather Compton - Chelmsford Public School - 800m - 2:32.40).

Still, based on the talent being displayed in the class of 2006 student athletes (grade 7), even long-standing records could be in jeopardy next summer. Maren Kasunich (Lakeview School - M'Chigeeng) appears poised to take a run at the Compton threshold after clocking a time of 2:33.77 in capturing top spot in the grade 7 girls 800m race last Thursday.

Both Oak Runia (Churchill Public - 1.59m) and Adam Scott (MacLeod Public - 1.56m) bumped up the bar in the boys grade 7 high jump competition, bettering the 1.55m height that was cleared by Nicholas Burke (Northeastern) in 2015.

Standing 6-4 tall at the age of 13, Runia held an advantage of better than a full foot in height on Scott, though he would suggest the benefits can be offset, somewhat, in this event.

"Since I am taller, I also weigh a lot more than everyone else, so my weight kind of drags me down - and my long legs have more of a chance of hitting the bar," he said. Still, the multi-sport star is more than happy to see the inevitable positives that come from consistently being among the tallest athletes in his field.

"I love track, I really do, but I am more of a basketball guy," he said. "I do this (track) mostly for school, but I would like to get into it more seriously, now that I've gotten better at it."

"I realized that I have some potential in myself, and if I continued to work hard, I could get faster."

Following is a breakdown of all event winners at the 2019 Rainbow Board Champions Meet:

Five beat division-leading London Lightning
Feb 15, 2020 4:00 PM
Comments
We welcome your feedback and encourage you to share your thoughts on this story. We ask that you be respectful of others and their points of view, refrain from personal attacks and stay on topic. To learn about our commenting policies and how we moderate, please read our Community Guidelines.