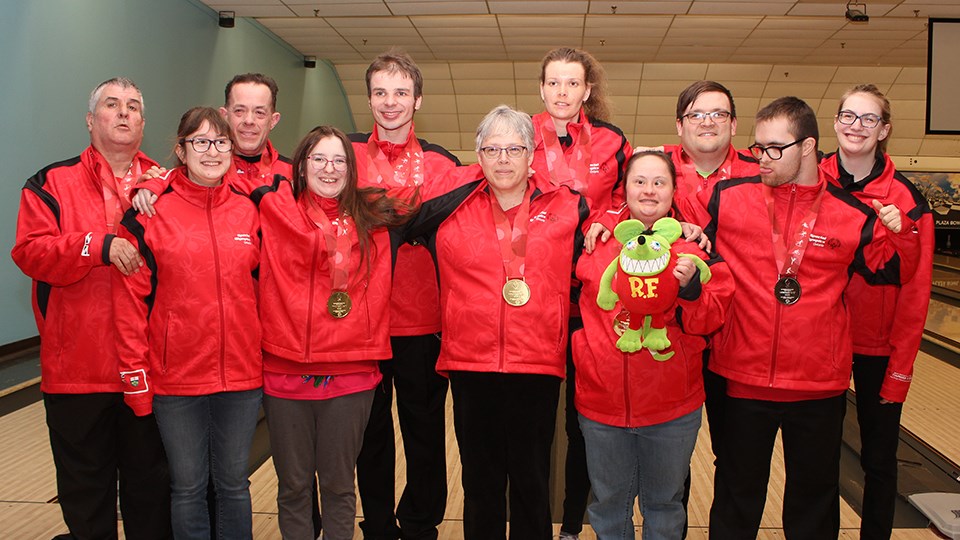 Spread out between four different disciplines, the contingent from the Nickel City would combine to gather no less than 15 medals, with every single one of the men and women shining through at the bi-annual event.

The Sudbury Rocking Stones finished in a three-way tie for first place, and then proceeded to take victory in the championship final.

Joining that team with plenty of success to write home about were the athletes taking part in the snowshoeing races, with all four locals earning some hardware:

A pair of gold medal performances were also recorded on the lanes as bowlers Bailie Prince (gold), Tara Smith (gold) and Brianna Giguere (fifth in team; 7th in singles) all showed well in five-pin bowling.

Though all three were making their first appearance at nationals, all have enjoyed bowling highlights, with Tara Smith recording a double, Bailie Prince celebrating a turkey (three strikes in a row) and Brianna Giguere posting a quad, as well as a single game high score of 230.

Finally, the Canada Winter Games veteran of the local group was back on the ice, as Nadia Bouillon competed for the sixth time in her career, but first as a member of the Nickel Blades Skating Club.

She would also be attempting ice dancing for the first time, finishing in 6th place, while improving that by one placement in her traditional singles solo event.