Five coaches weigh in on the Raptors and NBA finals 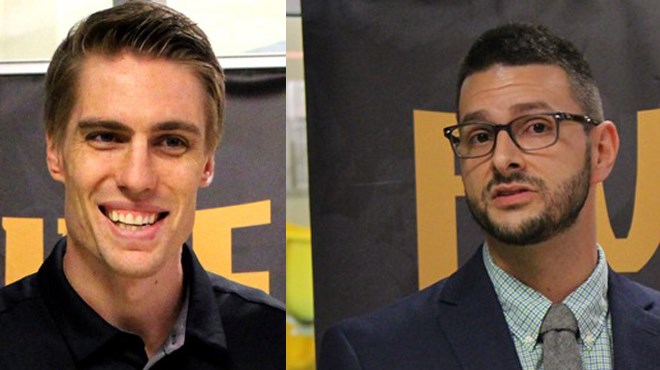 Sudbury Five coaches Logan Stutz and Kyle Beers weighed in on the Toronto Raptors and the basketball fever that has taken hold in Canada and Sudbury. (File)

The timing seems almost serendipitous for the Sudbury Five as basketball fever has gripped the nation less than two months after the Five finished their first season in the NBL Canada.

The Toronto Raptors will take on two-time defending NBA champion Golden State Warriors on Wednesday in Game 3 of the NBA finals and millions of eyes across the nation, including many here in Sudbury, will be glued to their television screens.

Sudbury Five head coach and general manager Logan Stutz, along with assitant coach Kyle Beers, have been taking everything in as the Raptors look to become the first Canadian franchise to win an NBA championship.

Beers is a Northern Ontario native, and has followed the Raps since their inception way back in 1995 and he couldn't be prouder to see the sport he loves getting so much attention.

"Growing up people would kind of question what sport I played," said Beers. "As of right now I think basketball is rivaling hockey. I'm hearing more basketball talk around town than hockey, even though it's a pretty unique Stanley Cup finals as well with the Blues there who haven't been there in almost 50 years."

For Stutz, he says this is a once in a lifetime opportunity for Canadians to witness the Raptors making their first appearance in the NBA finals -- and the fever has been tough to escape.

"They've done such a fantastic job promoting and marketing the team," said Stutz. "I go out with my kids – who are two and four – and my four-year-old sees a Toronto Raptors shirt at the store and she wants it. The team is really becoming a big part of the culture."

From a marketing standpoint, Beers and Stutz agree the Raptors are almost second-to-none, but both say the product on the court is what counts most, and that's where the Raptors have shone through in spades.

"You look at the way they've built their team, they haven't gone out and hand picked a bunch of superstars," said Beers. "They've been getting it done by playing as a great cohesive unit, obviously Kawhi Leonard is a great player, but they've worked hard as a team and I think their fans see and appreciate that."

"I think we have an identity up here in the North," said Stutz. "We've done a pretty good job building that up and the community has been really supportive of us. We want to be in that same model of putting a great product on the floor and that will keep the fans coming out."

Stutz adds that fan backing plays a huge role in the success of a team.

"It absolutely plays a role,” he said. “The Raptors know that the entire country has their back and is pulling for them. Even beyond that, I think pretty much outside of California, everyone in the United States wants to see the Raptors win it."

At the grassroots level, Beers says there's been an uptick in interest around basketball and the Raptors' playoff run is playing a major role in that. Beers runs the Northern Lights Basketball Academy, and he says that more kids are itching to get on the court.

"It's been a busy time for us -- this is when the high school and club teams have wrapped up and we're seeing more kids this year than before coming out," said Beers. "Kids are getting the basketball bug and they want to get out on the court and get in the gym. The Raptors are making the game more obtainable, and The Five want to do the same thing here in Sudbury."

Stutz says that it's important for the Raptors – and the Five – to strike when the iron's hot and build off the momentum the Raptors have built around basketball in Canada.

"It's important to capitalize when there's such a hunger for it," said Stutz. "We're slowly starting to build here and we want to put together a program that's going to be a big part of the community for a long time."

While the two differ on who they think will ultimately lift the trophy at the end of the finals, they do share a rooting interest.

"The Raptors aren't just there to compete, it's not if they can beat the Warriors or not, it's how are they going to beat them," said Beers, who is picking the Raptors to win the series in six games.

Stutz has the Warriors winning the series in six games, but says that he's not immune to getting caught up in the Raptors fever.

"Growing up in Kansas City, we didn't have an NBA team so I've never really had a favourite team that I root for," said Stutz. "I don't want to be a bandwagon fan or anything like that, but I will say that the Raptors are probably the closest thing to being my team. I'm still sticking with my prediction that the Warriors will win, but I want to see Toronto win."