Five grind out a close win over Titans 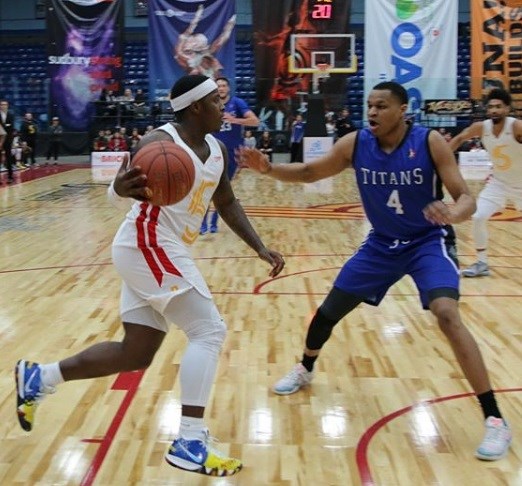 The Sudbury Five outlasted the KW Titans on Thursday night, taking the rubber match in the three-game mini series between the two teams. (Instagram)

The Sudbury Five outlasted the KW Titans on Thursday night, taking the rubber match in the three-game mini series between the two teams.

The Five and the Titans went head-to-head three times since last Thursday, with Sudbury taking the first game 105-89. The Titans bounced back in a Saturday night game, downing the Five by a score of 129-109.

With two lopsided games behind them, the teams battled to the wire on Feb. 7 with the Five coming out on top 116-115.

The Five utilized a balanced attack Thursday night, with seven different players hitting double figures in scoring. Braylon Rayson led the way with 22 points on the night, including knocking down four shots from beyond the arc.

Devin Gilligan was strong off the bench for the Five, chipping in 18 points, while the team's newest member Mamadou Gueye dropped 14 points. Rounding out the scoring for the Five were Jaylen Bland (14 points), Travis Releford (15), Dexter Williams, (12), and Cory Dixon (10).

The Titans spread out the scoring on their side of the court as well, with three players hitting the 20-point mark. Tramar Sutherland and Flenard Whitfield each put up 21 points, and Derek Hall wasn't far behind with 20 points.

The teams went toe-to-toe all game long, with the Five taking a 32-30 lead into the second quarter. The Five stretched their lead to four by halftime, heading into the break up 59-55.

The Titans weren't going away however, pulling to within one point at the end of three quarters, narrowing the score to 82-81. The final quarter was a dead heat with each team scoring 34 points and the Five coming away with the victory.

Sudbury will be back on home court this Saturday when they take on the Cape Breton Highlanders at 7 p.m.