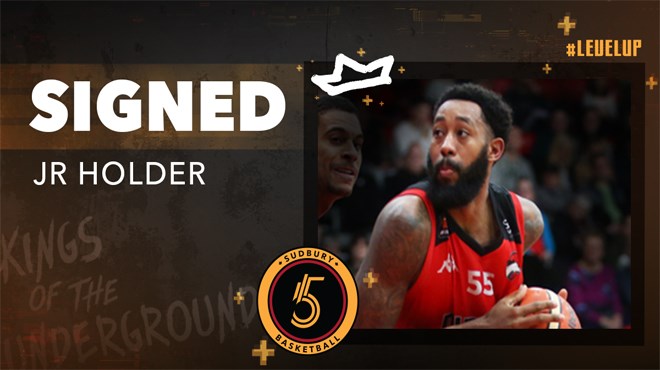 The Sudbury Five announced that they have added 6-6 forward JR Holder to the roster for the upcoming season. (Supplied)

The Sudbury Five announced that they have added 6-6 forward JR Holder to the roster for the upcoming season.

Holder, 25, is a native of Atlanta, Georgia and attended the University of Jacksonville where he averaged 17.6 points per game in his senior season.

In his short professional career, he has already won two British Basketball League Championships with the Leicester Riders as well as was named the Finals MVP during the 2017-18 season.

In the two seasons overseas, Holder averaged 15 points per game as well as five rebounds per game, while shooting 35% from the 3-point line.

“JR has had a lot of success overseas,” said Sudbury Five head coach Logan Stutz. “What he is going to bring to the Five is experience and leadership. He will be one of the best two players in the league. I am very excited to have in on the team.”

“I am proud to be a part of this organization and squad,” said Holder. “By just looking at the group of guys, I believe that we have the talent to be really special. I’m excited to get out on the court and play for each other, the organization and fans.”

The Five open their schedule at home on Nov. 22 against the Moncton Magic. Tickets are on sale now at the Sudbury Arena Box Office or online at thefive.ca.