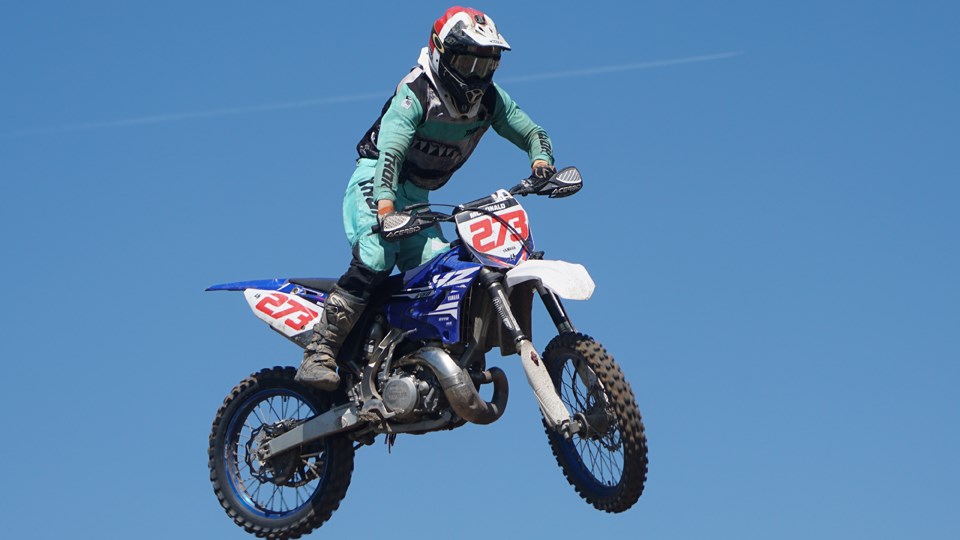 Sudbury's Everett McDonald had an impressive season, racing his way to a promotion to the Intermediate ranking in 2020. (Supplied)

The only thing better than having lofty goals is meeting them.

After dominating the northern motocross circuit in 2018, 16 year-old Everett McDonald set his sights notably higher this past summer, not only qualifying for the Canadian Grand National Motocross Championship in Walton, but excelling in his inaugural appearance at the competition.

Working towards a top ten finish (in a grouping of Canada's 42 best racers), McDonald managed the feat on two separate fronts. Competing in the 250 Junior class, he would finish eighth overall in the three-race format, despite not having the best of race starts in two of the three events.

Still, he would work his way through the pack, posting placements of 8th, 6th and 10th, leading to his aggregate slotting right in the middle of that bracket (eighth overall).

Benefitting from much better starts in the Youth Junior class, McDonald placed fourth overall, just a single point back of an overall podium finish.

That sequence was highlighted by a third place finish in his final Youth Junior class race, closing off a stretch that would also see the Garson native finish fourth and seventh.

The mid-August championship weekend was one of several key additions to the impressive racing resume the eldest of two motocross siblings has compiled.

In 2019, McDonald would capture a pair of Spring Series Amateur Motocross Ontario (AMO) Championships, showing the way in the 250 Junior class, some 25 points ahead of Kobi Cox of Brantford, and 30 up on Austin Gould of Niagara on the Lake.

He would then double down in the Youth Junior class, topping a group that included both Tristan Dares (Rockwood) and Ryan Isaac (Kitchener) in hot pursuit. With the spring series out of the way, McDonald continued to shine, qualifying first in the Southern Ontario regional, a performance which earned him the right to attend GNCs in Walton.

Adding a pair of second place finishes in the Tag Metal Southern Provincial Series, just back of Brandon Rodwell of Woodstock (250 Junior) and Tristan Dares (Youth Junior), McDonald capped off his season by earning the MRC (Motorsports Racing Canada) honour of being promoted up a class to the Intermediate ranking for 2020, a reward that comes with a whole new set of challenges.

Meanwhile, younger brother Elliott, at just 11 years of age, overcame an early season injury, one which would set him back about a month or so, rebounding nicely in the latter stages of the season.

Looking to work his way into the middle of the pack in the 85, 7 to 11 class, Elliott McDonald began the arduous task of conquering many of the more technical aspects of the various tracks at which the brothers would compete.

"Motocross is a very unique sport that is extremely physically and mentally demanding, requires 100 per cent attention all of the time, is fiercely competitive, but it still quite family oriented," said the boys' father, James McDonald, following a summer in which the clan would spend virtually every weekend from mid-April through to early-October together.

While the sport requires a huge commitment from the family, it is simply an endeavour that could not be undertaken without the help of sponsors: FXR Race Division, Yamaha Canada, David Throssell Wealth Management, Play Power Sports, FMF Racing and Joyal Custom Kitchens, for the McDonald family.