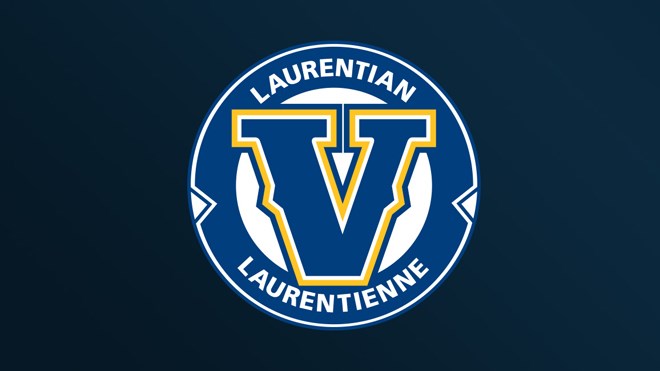 The Laurentian Voyageurs announced their annual awards on Thursday.

Leading the way were basketball players, Kadre Gray and Héléna Lamoureux, who were named the Male and Female Athletes of the Year.

Lamoureux doubled down as she was named Female Rookie of the Year while runner Keon Wallingford got the nod on the men’s side. Gray and women’s hockey player, Morgan McCann, were named the winners of the prestigious Voyageur Award while swim coach, Phil Parker, was named the Voyageurs’ Coach of the Year.

Gray was named the OUA Men’s Basketball Player of the Year and a U SPORTS First Team All-Canadian for the third consecutive year this season after leading the way in scoring with 523 points, good for a nation’s best 23.8 points per game average. He also finished second in the OUA and the nation in passing with 6.5 APG and grabbed 6.5 rebounds per contest, ranking him 18th in the OUA.

Grey’s scoring ability over the course of his career saw him become just the fourth player in OUA history to crack the 2000-point plateau. With the All-Canadian recognition, Gray becomes the first Voyageur and just the 18th player in more than 50 years of U SPORTS history to be named a three-time First Team All-Canadian over his career.

Lamoureux was a spark plug for the Voyageurs on the court this season, leading the team and finishing fifth in the OUA in scoring, averaging 16.8 points per game in her first season in the blue and gold. Her OUA career got off to a flying start as she averaged 19 points, 10 rebounds and four assists per game in her first weekend of competition and she went on to record six double-doubles over the course of the season.

Despite missing six games at the end of November due to injury, Lamoureux still led the OUA’s first-year players in total points (269), points per game (16.8), free throws made (89) and rebounds per game (8.9).

With her U SPORTS nod, Lamoureux becomes just the fifth Voyageur, and the first since 2006-07, to be named to the U SPORTS All-Rookie Team.

Keon Wallingford made his mark on the Voyageurs’ men’s Cross Country team from the opening day of training camp, consistently placing in the top three of Laurentian runners at races throughout the season. At the OUA Championships, Wallingford was the fourth rookie and the third Voyageur across the line, helping the team qualify for the U SPORTS Championships.

At Nationals, he continued his strong season, crossing the line as the sixth fastest rookie in the country and the third-fastest Voyageur.

The Voyageur Award is a prestigious award presented to a graduating student-athlete who has made an outstanding contribution to their sport and Voyageur Athletics throughout their university career.

This year, Kadre Gray and Morgan McCann were the recipients of the Award.

On top of his on-court success, Gray co-founded ULU, which stands for Uluntu (Humanity), Lungisa (Justice) and Usawa (Equity), a group that looks to educate people about the inequalities that oppress racialized minorities.

A two-time Academic All-Canadian, he has devoted numerous hours to basketball program’s “Read to Achieve” program and has represented Canada on many occasions, highlighted by being named flag bearer at the 2019 FISU Summer Game in Italy.

McCann is graduating as a four year Academic All-Canadian and the women’s hockey program’s all-time scoring leader. McCann has participated in many charity events throughout her career, most recently the Relay for Life, and she was selected to represent Canada at the 2019 FISU Winter Games in Russia in 2019, where she led the team in goals, helping the squad capture a silver medal.

Swim coach, Phil Parker, was awarded the Voyageurs’ Coach of the Year award after leading the women’s swim team to a fifth-place finish at the OUA Championships, their highest in school history. In recognition of his team’s successes, Parker was named the OUA Women’s Swimming Coach of the Year.

Here are the recipients from the various teams:

With the awards in the books, the 2019-20 Laurentian varsity season officially comes to a close. Stay tuned to luvoyageurs.com for complete off-season news and updates.