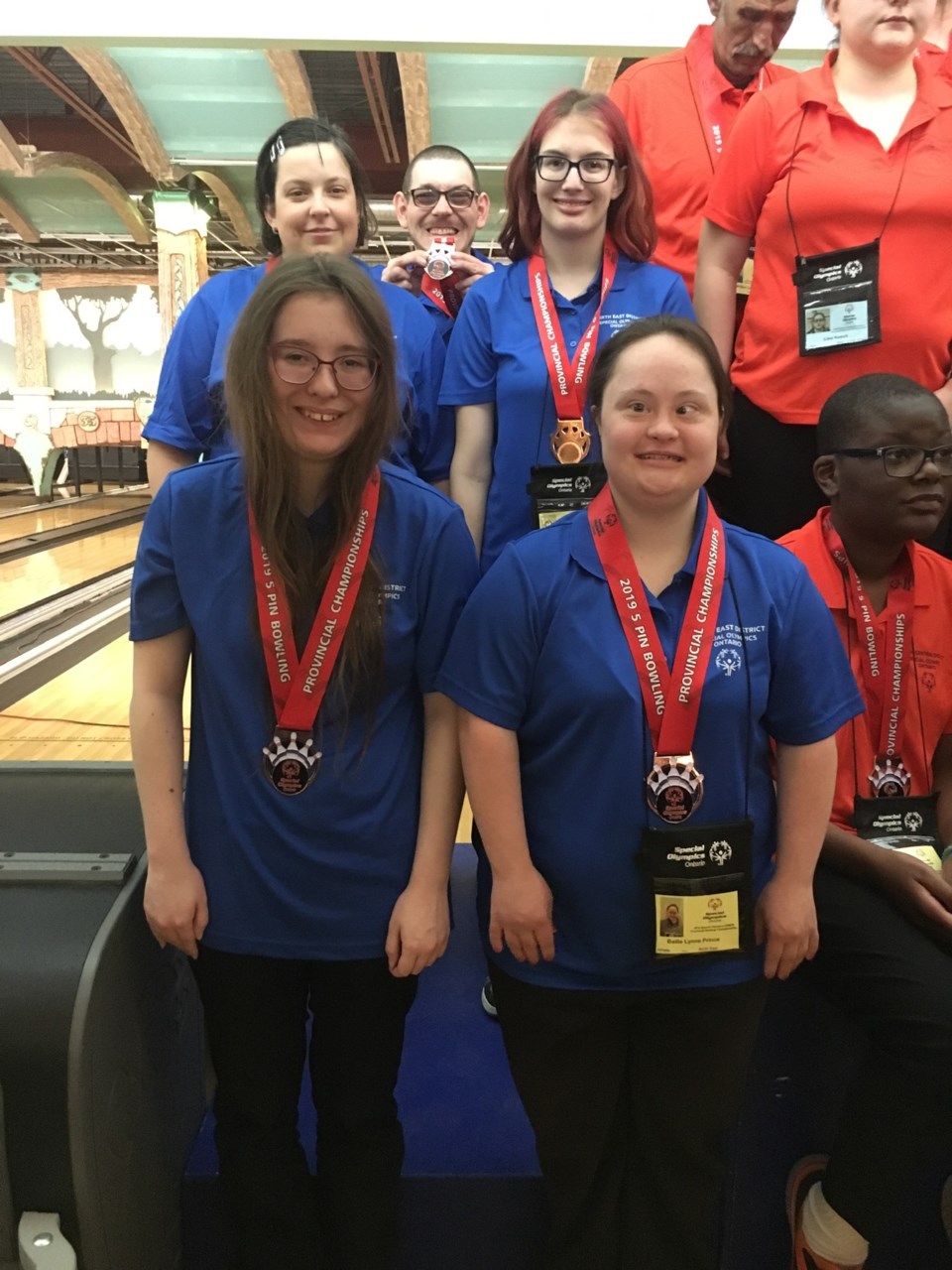 Entering the Special Olympics Ontario 2019 5-Pin Provincial Bowling Championships with a team average of 649, the North East #9 squad exceeded expectations by nearly 25 pins per game, earning themselves bronze medals in the process.

The team of Tara Smith, Bailie Prince, Victoria Kehoe, Brianna Giguere and Mike Deforge averaged 673 at the Championships, with Giguere showing the way with a single game high of 231 that included four consecutive strikes.

"They really came together as a team, really supported each other," said coach Vicki Garinger. "They pulled together and boosted each other's confidence."

With the two-day competition now behind them, the athletes must sit and wait for similar playdowns to shake out, from one coast of the country to the other.

"In the next couple of weeks, we should know whether there is anyone from our area that is advancing to the next stage," said Garinger.

The next set of Special Olympics Canada Winter Games are scheduled for Thunder Bay (Ontario), from February 25 - 29, 2020, with eight sports on tab, including five pin bowling.