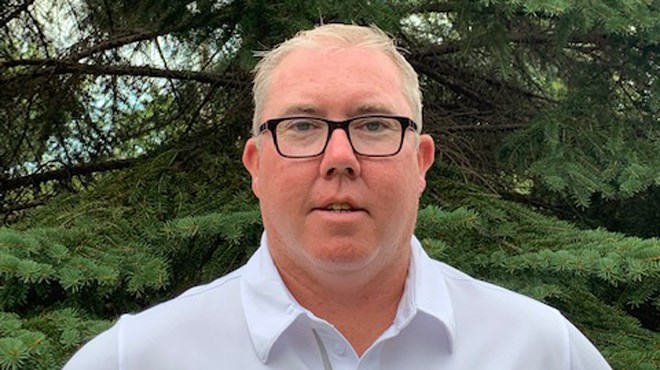 Brian Ashton has been announced as next head coach of the Laurentian women’s soccer program. (Supplied)

Brian Ashton has been announced as next head coach of the Laurentian University women’s soccer program.

The Sudbury resident will be the second coach for the program, taking over for Rob Gallo, who led the program for its first 20 years.

Laurentian athletic director Peter Hellstrom said he is excited for what the future holds.

“I am extremely excited to have Brian on board,” Hellstrom said. “His expertise in soccer within the Ontario provincial program, combined with his years of playing professionally, is a very welcomed addition to Voyageur Athletics.

"I am confident that Brian will continue the successful history of our women's soccer program and lead us to provincial and national success.”

Ashton, who began representing Canada internationally at the 1991 CONCACAF U-17 Championship in Trinidad and Tobago and last pulled on the red and white at the 1994 Jeux de la Francophonie in Paris, went on to play for six years as a member of the Toronto Lynx in the USL A-League before retiring and taking on the role of regional head coach in the North for the Ontario Soccer Association.

After holding that position for a decade, Ashton opened up the Northern Soccer Academy in 2014 to provide the best talent in Northern Ontario a place to play together and develop.

Now, Ashton is looking forward to the opportunities and challenges that lay ahead.

“I am excited about this great opportunity to coach the women's team at Laurentian University,” said Ashton.

“This is a new chapter in my coaching career and I hope to build on what has already been an established program. I plan to build a program that will allow our local talent as well as the best players from within the country a place to play and succeed in both academics and sport.

“I know it has been a late appointment for me but I plan to be competitive and challenge the top teams in the OUA. Over time, I hope we can bring a championship to this great city.”

Ashton will not have long to bask in his appointment, as training camp for the soccer programs officially opens up on Wednesday, Aug. 21 with the first regular season game kicking off on Saturday, Aug. 31 in North Bay against the rival Nipissing Lakers.

The Voyageurs home opener goes one day later when the women and men welcome the Trent Excalibur to Laurentian at 1 p.m. and 3:15 p.m., respectively.

Sudbury sneaks by North Bay in overtime
Feb 27, 2020 10:14 AM
Comments
We welcome your feedback and encourage you to share your thoughts on this story. We ask that you be respectful of others and their points of view, refrain from personal attacks and stay on topic. To learn about our commenting policies and how we moderate, please read our Community Guidelines.