NBA Finals: Raptors can't hold on to lead, drop Game 2 to the Warriors 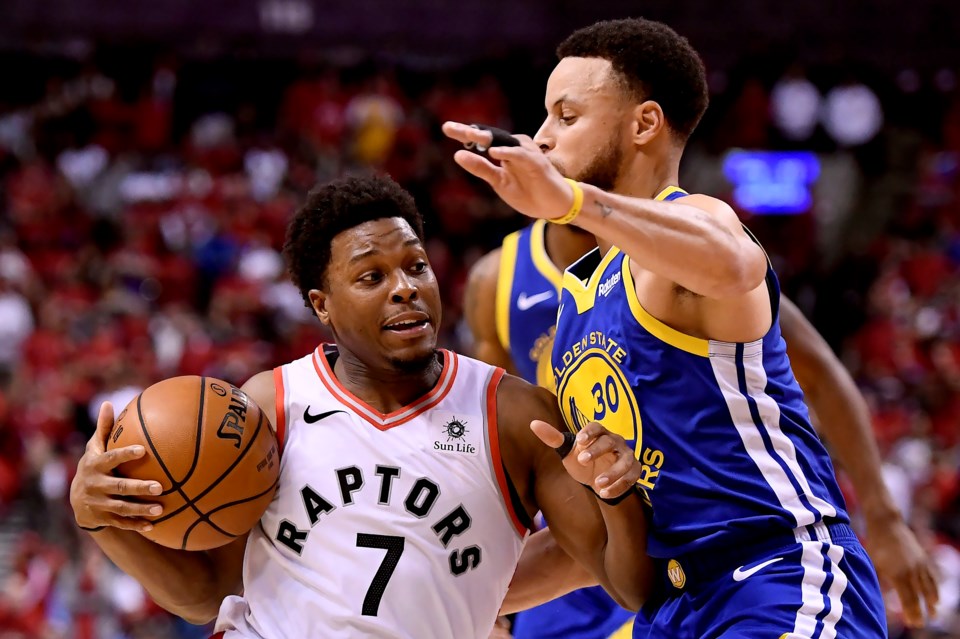 The Warriors beat Toronto 109-104, sending the best-of-seven NBA Finals to Oakland, Calif., with the series now tied at 1-1.

The Raptors led by as many as 12 points in the first half, but found themselves down 88-80 by the end of the third quarter.

Games 3 and 4 are Wednesday and Friday in Oakland. Game 5 is Monday, June 10 in Toronto.