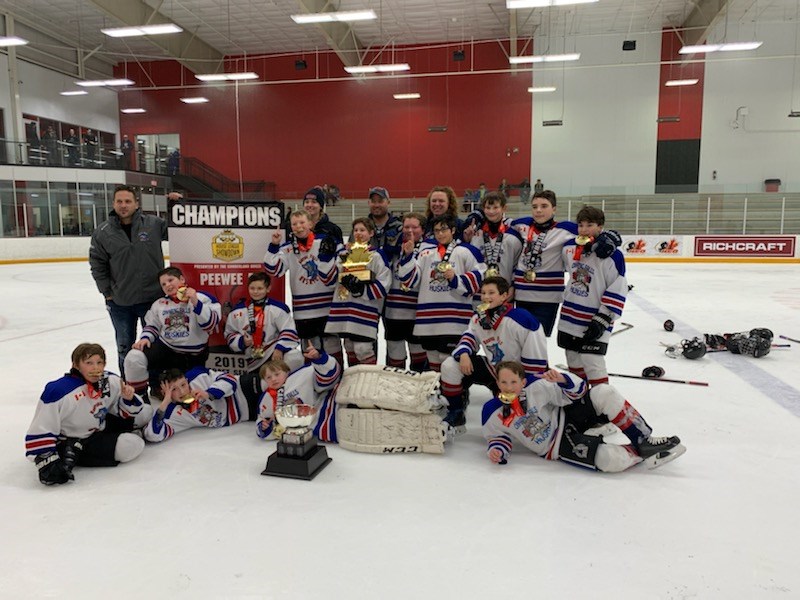 The boys were one of 16 teams taking part in the tournament in the nation's capital, and won six straight games en route to a gold medal.

The Huskies opened the tournament against the Nobleking Knights on Friday, earning a convincing 5-1 win. On Saturday the Huskies opened their day with a 2-0 win over Lakeshore, before knocking off the host Cumberland Dukes by a score of 6-1 to close out the round robin with a 3-0 record.

Quarterfinals kicked off early Sunday morning, with the Huskies facing off with the Nobleking Knights for a second time. The Huskies cruised once again, beating the Knights by the same 5-1 score as they had in round robin play.

The Onaping boys faced a stiff test in the semi-final, taking on the Gatineau Titans. The Huskies pulled through with a 3-2 win over Gatineau, earning themselves a place in the finals against the Barrie Blue Devils.

While the Huskies had scored goals in bunches throughout the tournament, it was a solid defensive game that would earn them the gold medal, as they downed the Blue Devils 2-1.