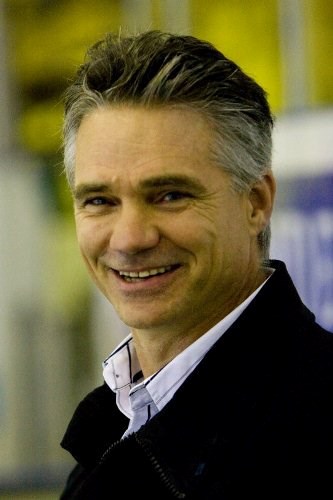 Pandemic uncertainty has the Rayside-Balfour Canadians looking for a new head coach.

The defending West Division champions in the Northern Ontario Junior Hockey League announced Aug. 24 that Head Coach Dan Cuomo has notified the club that he will not be returning to the team for the upcoming 2020-2021 season.

Cuomo, a Levack native who has coached the team for two seasons, is remaining in his home country of Holland this year due to COVID-19 uncertainties, the team said.

“I have enjoyed my time in Rayside for the past two years, but given the circumstances, it’s time to spend time closer to home with my family in Holland,” Cuomo is quoted as saying. “We had a team that could have gone all the way last season. We had a very fast, skilled team with a great leadership group.

“I want to wish all of our players continued success as they advance their careers. One of the greatest pleasures in my life is working with these kids. I am really going to miss this group of young players. I am curious to see where they will end up in the game of hockey. Many of these players have a great future in the game.”

He also thanked team owner Mark Burgess and team director Blaine Smith for the chance to coach the team, saying the team was operated like an OHL franchise.

In 112 regular season games under Cuomo’s leadership, the Canadians record was 71 wins, 31 losses and 10 OT losses for an overall impressive winning percentage of .678.

“It was great to work with Danny and his coaching staff last season,” said team GM GM Jeff

Forsyth. “The team really jelled in the second-half and showed tremendous improvement under

Danny’s leadership behind the bench. Players skill development was Danny’s forte and we will continue to strive to achieve the winning player development formula that Danny created over the past two seasons.”

Now, the Canadians are not only awaiting confirmation on the start of the 2020-2021 season, they’re searching for a new coach and head instructor to run the team’s development and conditioning camp.

Any local midget or junior-aged players interested in participating in the camp should contact the Canadians at jeff@ntaaa.ca.