Quinton Byfield will make his NHL debut for the LA Kings 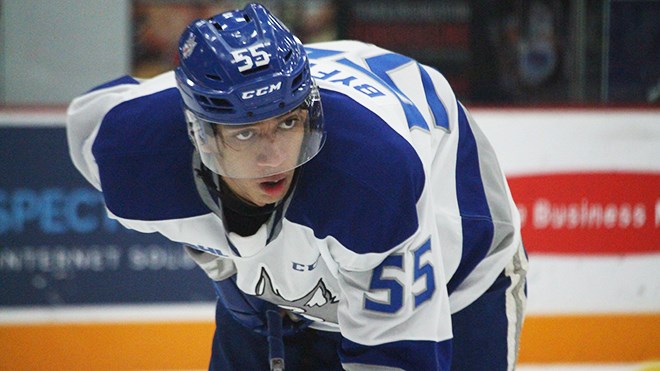 The Sudbury Wolves will see a second alumnus make their NHL debut in the past five days tonight, as Quinton Byfield will be in the lineup for the Los Angeles Kings when they take on the Anaheim Ducks Wednesday night.

The Wolves product is the second former Wolves player to make his debut in the the NHL this season, with netminder Ukko-Pekka Luukkonen making his first NHL appearance for the Buffalo Sabres last week in a win against the Boston Bruins.

Byfield has been a key member of the Kings' AHL affiliate Ontario Reign this season, posting eight goals and 12 assists for 20 points in 30 games.

The Newmarket native took home silver at the 2021 World Junior Hockey Championships with Team Canada, where he scored a pair of goals and added five assists in seven tournament games.

Sudbury.com reporter Matt Durnan chatted with the 18-year-old standout last November about the future of his hockey career and what he'll cherish about his time in Sudbury.

You can watch that interview below.

Tonight's game between the Kings and Ducks gets underway at 10 p.m. with Byfield potentially skating on a line with Trevor Moore and Adrian Kempe.