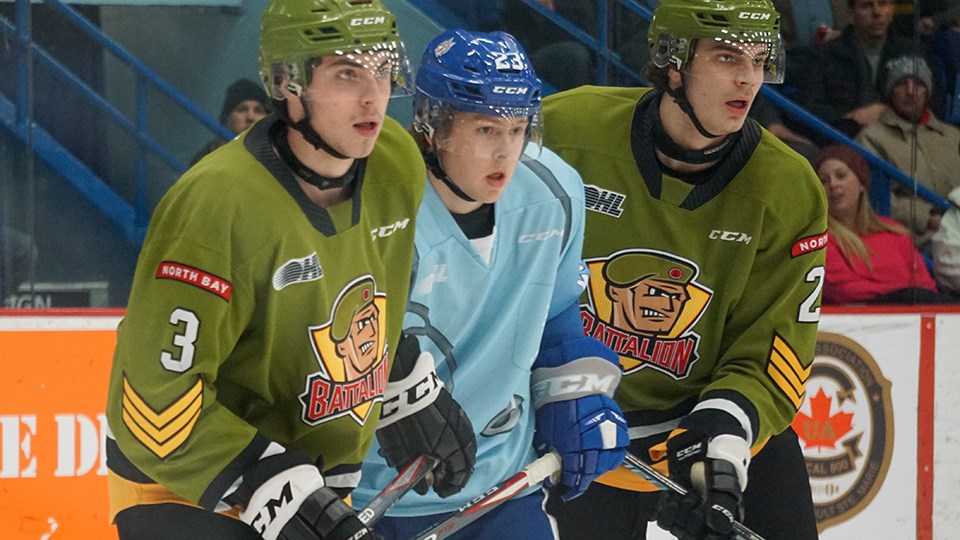 Local Brett Jacklin called to play for the Sudbury Wolves Jan. 11, shortly after signed to the Rayside Balfour Canadians for the 2019-20 regular season. (Supplied).

The Rayside Balfour Canadians Jr. A hockey club announced Jan. 10 that local Brett Jacklin would be joining the roster for the remainder of the 2019-20 season.

The 19-year-old right-winger was acquired from the Laurentian University Voyageurs hockey club, where he played since graduating from the OHL Sault Ste. Marie Greyhounds early in the season.

During his time at Laurentian, he recorded seven goals and six assists in a total of 19 games.

Shortly after being signed by the team, the Sudbury native was called-up by the Sudbury Wolves to assist in their 8-2 victory over the North Bay Battalion.

Jacklin is the last of three veterans added to the Canadians' line-up since the Christmas break, following Greg Arnburg, a 20-year-old free-agent defenceman and netminder 19-year-old David Bowen.

"The 6-3, 185-lb right-winger will add even more veteran presence to the Canadians line-up as they continue their battle with the Blind River Beavers for top spot in the Northern Ontario Junior Hockey League's Western Conference," said a press release from the team.

The Canadians won their second game in a row with a 6-3 victory in Soo Michigan Friday night. They return to the Chelmsford Arena Jan. 16 to host the Blind River Beavers at 7 p.m.