Results of the 2019 OFSAA Track and Field Championships 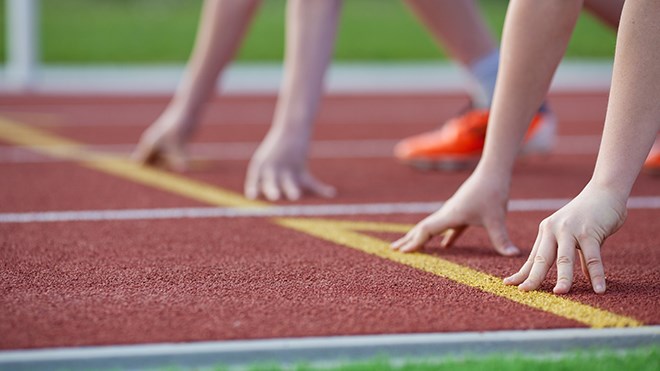 At the risk of stating the obvious, Lauren Fearn has been the story, from a SDSSAA perspective, at the 2019 OFSAA Track and Field Championships in Guelph.

Earlier today, the multi-sport grade ten athlete at Lo-Ellen Park Secondary School picked up her third medal of the meet, garnering silver in the junior girls javelin event with yet another personal best performance.

Her top throw of 38.02 metres, on her sixth and final attempt, sailed almost six metres further than her best effort in capturing gold and both the city championships and NOSSA as well. This "breaking new ground" theme has been a common one for Fearn the past three days.

She began the provincial event with a bang, earning gold in the discus on Thursday with a throw of 40.18 metres, well ahead of second place finisher Alexa Windle of Brantford (37.86m). Not only did Fearn move her own standard forward by roughly five metres or so, but her distance eclipsed her nearest competitor within the SDSSAA/NOSSA field by nearly 50 feet.

Time for the shot put on Friday, another PB and her first of two silver medals, as Fearn records a throw of 13.18 metres, versus 13.59 for first place finisher Bailey Oakes of Bill Crothers Secondary in Toronto.

A bronze medal winner as a midget in 2017, Confederation Chargers high jumper Amy Connelly returned to the podium, part of a three way tie for silver at 1.65 metres in the senior girls event.

A quartet of Lo-Ellen athletes would also reach the finals (top eight for most events), including both Kurtis Wennestrom in the senior boys long jump (6.55m - 5th) and Logan Spicer in the junior boys 100m dash (11.19 in heats; 11.10 in final - 8th place in both).

Spicer was back in the mix on the final day, reprising one of the best head to head battles in the city final, pitted against teammate Jacob Schweyer in the junior boys high jump. This time around, Schweyer would gain the upper hand, clearing 1.85 metres and placing 7th, with Spicer right on his heels at 1.80 metres, in 8th place.

After qualifying for the 1500m final with an 8th place finish in the heats (4:56.84), Symington would roll her ankle in the final, taking her out of contention both in that race, as well as the 800m distance later in the weekend.

Thankfully, still in just her first year at Lo-Ellen Park, Symington will have plenty of time for repeat appearances in the years to come. Following are complete results for all SDSSAA athletes, based on our "best effort" basis to track them all down via the on-line results on the OFSAA website: