Long before young NHL prospects were analyzed six ways to Sunday in the weeks leading up to the draft, and long before the airwaves were filled with endless chatter about the various skill-sets of upcoming hockey talent, Sudbury defenceman Rick Pagnu
0
May 3, 2012 3:52 PM By: Randy Pascal 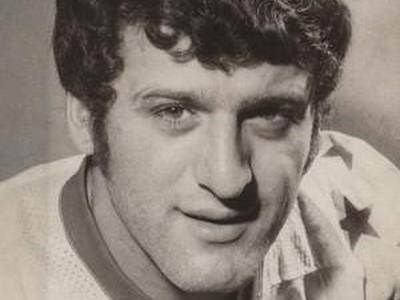 Sudbury native Rick Pagnutti has been inducted into the Rochester Americans Hall of Fame as part of the 2012 class. Supplied photo.

Long before young NHL prospects were analyzed six ways to Sunday in the weeks leading up to the draft, and long before the airwaves were filled with endless chatter about the various skill-sets of upcoming hockey talent, Sudbury defenceman Rick Pagnutti was at the head of his class.

Such was the talent of the smooth-skating, puck-moving blueliner that the Los Angeles Kings made the northern Ontario lad the first overall pick in the 1967 NHL Amateur Entry Draft.

Just recently, further recognition of Pagnutti's talent emerged, with the long-time firefighter inducted into the Rochester Americans Hall of Fame, Class of 2012, alongside goaltender Darcy Wakaluk.

The eldest of four children in the family, with three younger sisters who followed his hockey progress with interest, Pagnutti and clan grew up in the West End, taking to the ice at Elm West Playground.

"I played for the ACT Midgets, for 'Aces' Michelutti and Lorne Doyle, both of whom were big influences on me at that time," Pagnutti said recently.

His junior hockey days involved a short stint with the Sudbury Cub Wolves and a few years with the Garson-Falconbridge Combines under the tutelage of Joe Protulipac and John Grignon.

In an era, today, when information overload is abundant and shared across the world almost instantly, the NHL draft of the 1960's might be almost impossible to conceive. No player agents, no endless feedback from NHL scouts, no chance of The Hockey News coming out with their "pre-draft issue." The likes of Pagnutti and his peers toiled in some degree of obscurity.

"I knew that I was being looked at, but I didn't know to what degree," he said. "I had a pretty good idea I was going to get drafted, but in what round, by what team, I had no idea.

"I can't remember if it was John Grignon that called me (to tell me I had been drafted) or if I picked it up on the news."

After his first pro training camp in Barrie, Pagnutti was assigned to the Springfield Kings of the AHL, playing a couple of seasons with the likes of Garson boys Gerry Foley and Roger Coté.

Though he never made the ultimate jump to the big times, Pagnutti was emerging as a solid pro. Stops in Salt Lake City and Fort Wayne, Indiana were highlighted with the Sudburian being named the recipient of the IHL Governors' Trophy, presented annually to the league's best defenceman.

"I had a good shot, I could fire a puck," he said. "And all the coaches I had in pro hockey always gave me the green light, which really helped."

Yet in was a four-year stint in Rochester, home to the affiliate of the NHL's Boston Bruins, where Pagnutti really prospered. In 1974-75, the 27-year-old AHL veteran was teamed with up-and-coming rookie Mike Milbury, a pairing that provided the near-perfect merger of hockey talent.

"Mike would stay back and clean up in front of the net and I would go up the ice with the puck," Pagnutti said with a smile. "We just hit it off — we communicated well, we were teammates on the road."

A testament to the bond that was forged came during the Hall of Fame induction ceremony in Rochester, which included a video tribute from Milbury, now a mainstay among NHL TV analysts.

The era produced plenty of memories for Pagnutti, not the least of which was due to the presence of Americans head coach Don Cherry.

"If you think he's flamboyant on TV, you should see him as a coach," Pagnutti said with a laugh. "Don was a motivator. Nobody fell asleep when he was in the room. He made sure you were ready to play."

Interestingly enough, Pagnutti starred at a time when the "Broad Street Bullies" were the talk of the NHL and when coach Cherry sought out the likes of Bob "Battleship" Kelly and John Wensink to help patrol the ice for the Americans.

"It wasn't my style, but you obviously had to take care of yourself," Pagnutti said. "Even if you were a Lady Byng type hockey player, you might still get in your five fights a year. Somebody would rattle you enough to entice you into one."

At the age of 30, Pagnutti caught wind of an opportunity with the Sudbury Fire Department and came home, enjoying a career outside of hockey that lasted another three decades.

A few years removed from his last playing days on a local level with the Sudbury Nooners, Pagnutti was as surprised as anyone at news of this recent honour.

"Jody Gage had called and left a message. I told my wife that I bet they were having an alumni weekend, and that I would really be up for that. I was honoured and humbled when he told me the news."

Voyageurs sign 6-3 local standout Emilie Lafond
Jan 18, 2020 1:00 PM
Comments
We welcome your feedback and encourage you to share your thoughts on this story. We ask that you be respectful of others and their points of view, refrain from personal attacks and stay on topic. To learn about our commenting policies and how we moderate, please read our Community Guidelines.