Sons up to the challenge of AAA competition 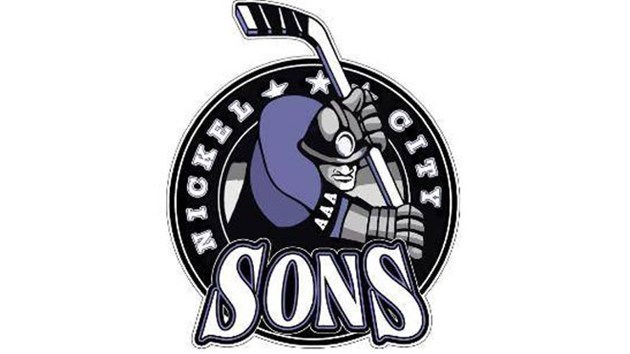 The primary goal for pretty much any team entering a tournament is to leave with the championship banner in hand.

Given that the odds are stacked against the majority of the field, in this regard, Nickel City Minor Peewee "AAA" Sons' coaches Jason Young, Joel Whissell and company were extremely pleased to check off another top of the order target item as their team competed at the Ottawa Fall Classic last weekend.

"The kids proved to themselves that they can compete with AAA teams in Ontario," said coach Young, once the event was in the books. "I'm definitely looking forward to the season."

After posting a respectable record of 2-1-1 in round robin play, the Sons dropped a 2-1 decision in the semi-finals to the Gloucester Rangers, an opponent who beat the Nickel City crew handily on three separate occasions last year.

The signs of progress were clear to see early on, as the Minor Peewee Sons opened play with a 2-2 tie opposite the Ajax-Pickering Raiders. Russell Ranger and Ryker Young handled the scoring, Martin Brassard chipped in with a pair of assists, and goaltender Kalia Pharand earned game MVP honours with an 18-save performance.

The play between the pipes remained equally as solid in game two as Mateo Beites pitched a shutout, turning aside all 16 shots that he faced, with Nickel City blanking the Kanata Blazers 3-0.

The northern squad remained undefeated through three games thanks to a 2-1 win over the Ottawa Sting, a battle in which power-play goals from blueliners Ryker Young and Kohyn Eshkawkogan were complemented by a 20 save effort from Kalia Pharand.

Netting the game-winning goal with less than three minutes to play was enough to earn Eshkawkogan the game MVP award. With a playoff berth already assured, the Sons were beaten 2-0 by the Oshawa Generals in their final preliminary encounter, as Beites registered 19 saves (second goal against was an empty-net goal) and Grady Jalbert was selected as game MVP.

Pitted against a very challenging adversary in the form of the Gloucester side in the final four, the Sons kept things close, with Brock Batchelor burying his first goal of the tournament and Kalia Pharand adding another 22 saves to her statistical resume in the one goal loss (2-1).

"I think it will be fast and the competition will be hard," said Eshkawkogan last week, following an exhibition match with the Sudbury Minor Peewee "AAA" Wolves, and a few days prior to the team leaving for Ottawa.

"I'm looking forward to playing these teams and seeing how they play.".

A three year OHL veteran with the Sudbury Wolves (73 career OHL goals), as well as an 18-year career in the professional ranks, highlighted by an even dozen seasons spent in Germany and a two-year stint with the Canadian National team (1995-1997), coach Jason Young has assembled a squad that can stay in virtually every game by limiting opponents' scoring.

It's a testament to the talent on the 2019-2020 Minor Peewee Sons roster, and their overall commitment to the defensive side of the game.

"I can play the one on ones pretty well, just looking at the chest, never looking at the puck," said 11-year-old Ryker Young, who seems to have found a home as a defenceman, where his father excelled as a winger.

"If my guy doesn't have the puck, then I try and figure out who has the puck and you lift that guy's stick," said the Grade 6 student at Ecole Ste-Marie, the youngest of three children in the family.

With the Sons adding even more speed up front than was the case with a very good Major Atom "AA" entry last year, Young knows that his ability to quickly move the puck up the ice will be key to creating offense with this team.

"I need the forwards to get open, but I have to keep working on my skating and make sure I get my head up," he said. "I don't accelerate very fast, but if I go for a long time, I can get going pretty fast."

Although it's a given that the youngster is perhaps prone to a little more "car ride coaching" than some of his teammates, he wouldn't want it any other way. "I would rather that he (my father) coaches me," said Young.

"They (coaches Young and Whissell) are both kind of the same. They know how it's going to be for us when we get older, so they're getting us prepared for that."

Part of that pre-tournament preparation would come against their cross-town rivals, a game in which the Sons prevailed 2-1 on goals from Jordan Sampson-Jones and Dylan Rousselle (Liam Judd scored for Sudbury).

Given that minor peewee is the first year for "AAA" hockey in Greater Sudbury, the contest featured a number of players who were teammates last year, now on opposite sides of the ice.

"You know how you're going to play against each other," said Eshkawkogan, a Grade 6 student at Little Current Public School. "Mason Walker and Jameson Fabbro are tough to defend," he added, addressing the challenge of facing his former Copper Cliff Redmen teammates.

"Mason is shifty and so is Jameson. I have to be faster this year. I think I am more of a defensive defenceman right now. I like to stay back most of the time."