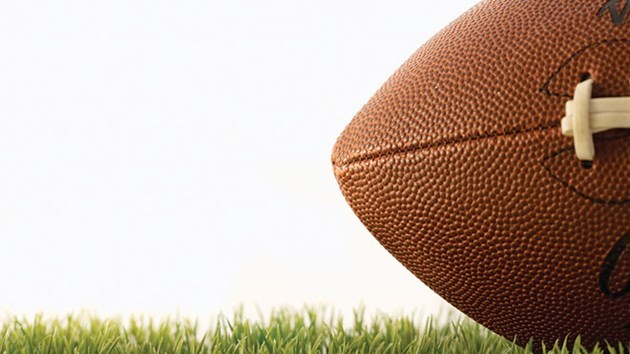 The Sudbury Spartans played another early season nailbiter as they were in the lead with 30 seconds to play against the Oakville Longhorns. The Longhorns scored a TD with just 14 seconds to play and won a tightly contested 26-21 game. File photo.

Not every single Sudbury Spartans game this summer will provide riveting drama. It only seems that way right now.

After besting the Tri-City Outlaws 21-14 in overtime in their home opener last Saturday, the Spartans appeared on the verge of pulling off a second straight nail-biting win, grabbing a 21-19 lead over the Oakville Longhorns with just 41.3 seconds to play in game two.

The Sudbury advantage would disappear just as quickly, however, as the Longhorns countered with a major of their own with 14.3 seconds showing on the clock, dropping the Spartans record to 1-1 following a 26-21 loss in Oakville.

"It was just a lack of focus," said Sudbury coach Junior Labrosse. "I think that's what ended up happening at the end. It was a lack of execution of the game plan, trying to shut down their primary receiver."

The local NFC (Northern Football Conference) crew had to fight from behind for a second straight week, spotting Oakville a 12-0 lead before Josh Cuomo scampered 87 yards with a kickoff return for a touchdown.

"Offensively, we've got to come out of the gate a lot quicker," said Labrosse. "We had just one first down in the first quarter."

Sudbury would grab its first lead in quarter three, as a 35 yard kick return from Cuomo set up a Travis Campbell to Ryan Stanford TD pass, with the versatile receiver making his return to the team after a four-year absence.

"He can play either slotback or tight end," said Labrosse of Stanford. "With both him and Dustin Crowder back, there is more that we can do with our offense."

The Longhorns regained the lead in the see-saw affair, 18-14, before the Spartans defence set up what appeared to be the game-winning score.

A Jonah Lynott tackle stripped the ball loose, with Konnor Gillis scooping up the recovery, opening the door for a last-minute touchdown reception for Crowder - only to see Oakville answer right back.

"We're not getting blown out, but we're not blowing anyone out," said Labrosse, acknowledging that this was a game his team likely should have won.

With that in mind, the gridiron gents will get a chance to give it another shot, as Oakville completes the home and home series with a trip to Sudbury this coming Saturday, June 18.

Kickoff is set for 7:30 p.m. on the turf of the James Jerome Sports Complex.

Spartan Snippets: Coach Labrosse admitted that making the trip to Oakville with six starters unable to attend due to work or personal commitments - a group that included Joe Shyminsky, Eric Breau, Logan White and Jacob Lynott - provided a challenge that he is looking forward to not facing at home this coming weekend.